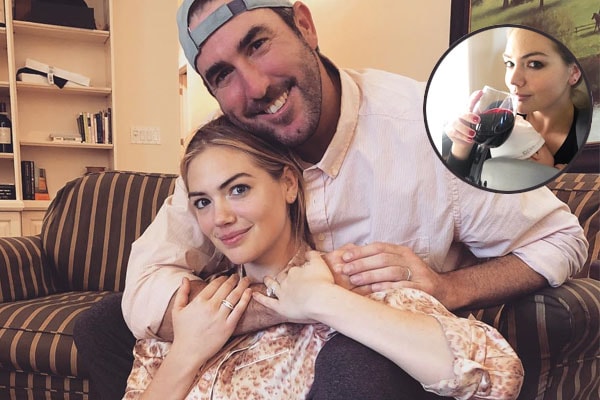 The American model and actress, Kate Upton’s daughter, Genevieve Upton Verlander, was born on November 7, 2018, as the only daughter of the family. The youngest daughter shares a strong and intimate bond with the family.

The romantic couple and proud parents of Genevieve, Kate and Justin Verlander, started their relationship in the year 2014. Eventually, the power pair walked down the aisle in an intimate ceremony in Tuscany, Italy in the year 2017.

Kate Upton Shares The First Picture Of Her Newborn

The 26 years old actress and her husband, Major league Baseball pitcher Justin Verlander, revealed the pregnancy in July on social media in a hashtag, which read #PregnantinMiami. The new parents are ecstatic with the arrival of their first child. The supermodel and first-time mom, Kate Upton, did not hesitate to share the exciting news with her fans and followers in a black and white photo.

The two months old Genevieve may only be new to the world, but just like her parents, she was born camera ready. The Instagram picture revealed the name and date of little Genevieve’s birth in the caption. The minimalistic caption was successful in catching the attention of over five millions of Kate’s followers. Likewise, new dad Verlander also posted a black and white photo of his baby girl holding hands with Houston Astros player.

The American beauty may be famous for iconic modelling campaigns and beauty, but it’s her parenting skills that are in the highlights today. The new mother of a two months old has spiced her Instagram up a little and is inviting some haters onto her profile with a controversial Instagram post.

In the picture, Kate is in the window seat of a jetliner cuddling her newborn close to her chest. However, the most provocative thing about the post is a large glass of red wine raised above the baby’s bonnet. The comments section is almost evenly split with two camps of thoughts.