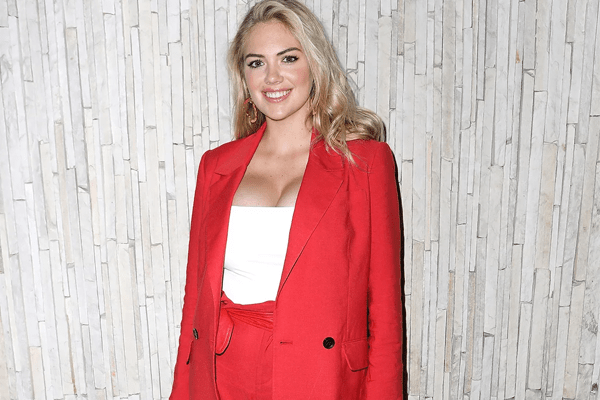 Supermodel Kate Upton has given excellent news to her fans, announcing that she is pregnant and is expecting her very first baby with husband, Justin Verlander. She announced her pregnancy on Saturday via her Instagram account.

Kate shared a stunning photo in a red outfit with caption #PregnantinMiami, tagging her husband Justin as well announcing that she is pregnant. In the picture, she was standing on top of a balcony wearing a red suit and white top, and a small baby bump was clearly visible. A bundle of Joy awaits for both Kate and her husband Justin as they are prepared to welcome their first baby.

Verlander was obviously thrilled with him becoming a dad very soon and was quick to comment on his wife’s Instagram post. He stated how happy he was to start this incredible journey with Kate. He was full of praise for Kate and expressed how proud he was that she was raising his child. He ended his comment with the line, “I love you so much.”

After announcing her pregnancy, Kate attended Sports Illustrated’s very first open casting at W South Beach alongside her other supermodel friends Olivia Culpo, Kate Bock, and Christie Brinkley. While her pals were seen having cocktails, Upton only drank fresh juice.

2014’s PEOPLE magazine’s Sexiest Woman Kate first revealed she was dating baseball star Justin Verlander in 2014. The night before the baseball season started in 2016, Justin proposed to Kate and the two got engaged. But they didn’t reveal to the world that they were engaged until the Met Gala later that year. Kate told E! that they were trying to keep a low profile but was happy to share the news with the entire world finally.

After Justin won the 2017 World Series with Houston Astros, with Kate cheering him on, the two flew off to Italy to get married. The wedding ceremony was magical to say the least, with Justin wearing a classy suit whereas kate looked stunning in a white Valentino gown. They exchanged vows and vowed to be together for eternity.

Verlander recently stated that his and Katy’s marriage has been great and he is blessed to have Katy as his wife. Surely their love life is set to be even more magical with a baby on its way.