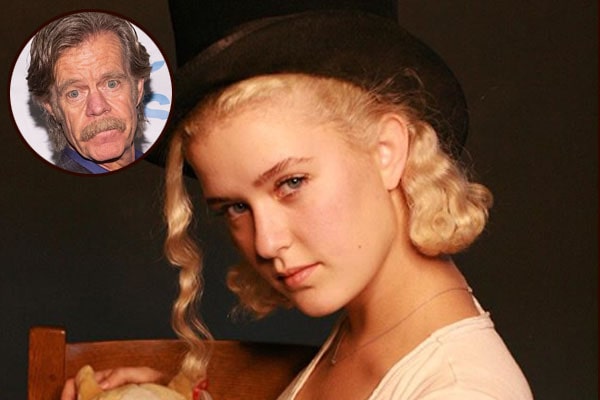 Felicity Huffman is a well-known actress and the wife of a famous actor William H.Macy. Both the husband-wife duo tied their knot back on September 6, 1997. They have three lovely children together Sophia Grace Macy, Georgia Grace Macy, and William H. Macy III.

William H. Macy’s daughter Georgia Grace Macy was born on March 14, 2002. Like her elder sister Sophia, she is also really into acting, and maybe it’s just in their blood. But it might take sometime before we finally see her on the big screen. She is just a college student studying at Vassar College in Poughkeepsie, which is a big deal. In fact, according to some sites, 8,961 people applied last year, and only 2,098 were admitted. Well, we can certainly say William’s little girl is extremely talented. So, let’s get to know more about his youngest daughter Georgia.

William H. Macy’s daughter Georgia Grace Macy loves spending time with her friends. Like any youngster, Georgia also likes to hang out and be with her friends. We can clearly see on her Instagram that she likes goofing around and having fun skiing with her mates. She also shares a lovely relationship with her elder sister, and both the sisters’ duo love riding bicycles together.

Moreover, Georgia also loves going on vacations with her family and, at times, attends events with them. She and her elder sister Sophia accompanied their parents when they were honored with a Star on The Hollywood Walk of Fame. In fact, Georgia is really close to her dad, and both of them love horse shows. She spends her free time enjoying with her dad sharing a couple of chats and sometimes drinking coffee.

Everybody knows Georgia’s mother, Felicity Huffman, either for her role in the Desperate Housewives series or for her scandal. She has been quite the topic of gossip nowadays. After serving 11 days in a California prison for her involvement in the nationwide college admissions scandal, she explains her relationship with two daughters has completely shattered.

Speaking of the scandal, 50 individuals were arrested, and according to federal prosecutors’ filling, Felicity was to serve one month in prison, plus pay $20,000 as a fine. However, her legal team filed a 161-page memorandum requesting the judge sentenced her to one year of probation and 250 hours of community service. In addition to that, Georgia’s mother also wrote a letter to the judge presiding over the case.

Furthermore, she attached a personal picture of her at home with her daughters showing the utter shame she faced. Felicity also mentioned the lengths she went through to properly treat her daughter’s learning disabilities. When Georgia’s elder sister Sophia entered high school, she was referred to private college counselor Rick Singer. He was the one claiming that Sophia’s math scores were not measuring up after a year of tutoring. So after six weeks of contemplation, Georgia’s mother finally agreed, but the decision she made haunted her, and she felt really terrible. She was also going to do the exact thing for Georgia, but Felicity knew she was wrong and said Mr. Singer to stop the process for her younger daughter.

William H. Macy’s daughter Georgia Grace Macy and her elder sister Sophia were extremely mad at their mother, Felicity. Both the daughters were not informed regarding their mother’s doings. Georgia’s mother explained in an interview that her daughter exploded at her after hearing the news that she was involved in such a disgraceful act. So now, her primary focus is to fix her relationship with her two daughters.

Plus, Felicity says there is not much that can be done, and some of the hate and anger will take years to work through, but regardless of that, things are getting slightly better. In addition to that, the Macy family is taking therapy classes in order to prevent things from getting worse.

Georgia Grace Macy’s first name Georgia is of Greek origin meaning tiller of the soil, or farmer. Whereas her middle name Grace, it is of Latin origin, meaning favor, thanks.