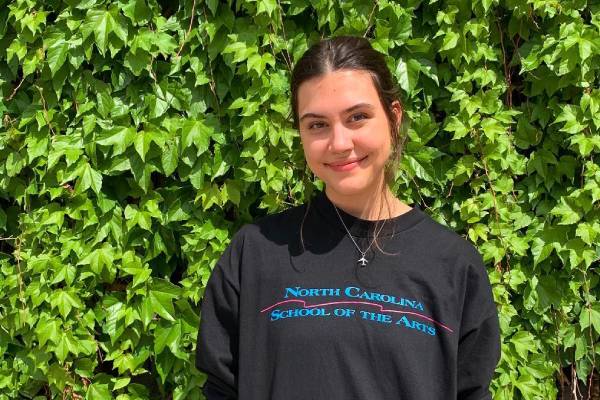 Gianna Hoffman is well-known as the daughter of renowned BMX rider Mat Hoffman and his wife, Jaci Hoffman. She is one of the two children of her parents.

Due to the fame that her dad has gained, people are curious to learn about young Gianna. So, let’s know in detail about Mat Hoffman’s daughter, Gianna Hoffman, and her whereabouts.

Is The First Child Of Her Parents

As stated earlier, the popular BMX rider Mat Hoffman is married to Jaci Hoffman. The couple has been married since December 1993. In their more than two decades of togetherness, they have welcomed a son and a daughter.

Mat Hoffman’s daughter, Gianna Hoffman, was born on December 19, 2000. She is the first child of her parents and their only daughter.

Three years later, in May 2003, Gianna Hoffman’s parents welcomed her baby brother, Jet Hoffman. Gianna and Jet have a great sibling bond, and they both love each other very much.

Gianna’s dad seemed proud of her achievement and even shared a video of her graduation speech.

Following graduation, Gianna began studying BFA in Acting at the University of North Carolina School of the Arts from August 2019. Furthermore, in June 2017, she went to New York City to fulfill her dreams and passion of studying at the Stella Adler Studio of Acting workshop for 5 weeks.

Furthermore, she has uploaded several pictures of her participating in school dramas, and it seems like she loves to perform in front of a crowd.

Gianna might become a successful actress and gain more popularity than her dad. Well, only time will tell.

Works At A Theatre

Going through her Facebook, we can see that Mat Hoffman’s baby girl, Gianna Hoffman works at a theatre. She is an actress at Oklahoma’s leading professional theatre company, Lyric Theatre of Oklahoma, since September 5, 2018.

Furthermore, she started working at Plenty Mercantile in June 2018. She might be doing great at her job, and we hope that she achieves significant success.

Has Her Own Jewelry Store

Mat Hoffman’s baby girl, Gianna, has her own jewelry store named Gunky Gear, where she sells different types of earpieces. Furthermore, Hoffman mentioned that she had started this business to amplify Black voices and voices of color.

Furthermore, her store also promotes Black businesses and contributes the money that she has made from the store to different organizations working for the welfare of those in need.

Furthermore, in one of the posts, she mentioned that she donates 20% of her earnings to different organizations working to dismantle systemic racism and protect BIPOC. Several people love her product, and she seems to be doing great in her business. Her parents, friends, and brother are also supportive of her business venture.

Mat Hoffman’s little girl, Gianna Hoffman, seems to support LGBTQ. She has described herself as she/her in her Instagram description. Furthermore, she tries to make people aware of several types of rights that LGBTQ people have and their importance.

Besides LGBTQ, Gianna also supports the BLM movement. As stated earlier, through her business, she tries to promote several other Black-owned businesses and artists and even donate to the organizations working against racism.

Nevertheless, it seems like Gianna seems to be doing great in her life. Talking about her boyfriend, she might be seeing someone or might be single, as she has not revealed anything.

Nevertheless, we hope that we get to learn more about Mat Hoffman’s daughter in the coming days. Plus, here’s hoping that she succeeds in her life.

The name Gianna has an Italian origin, and it means “God is gracious.”