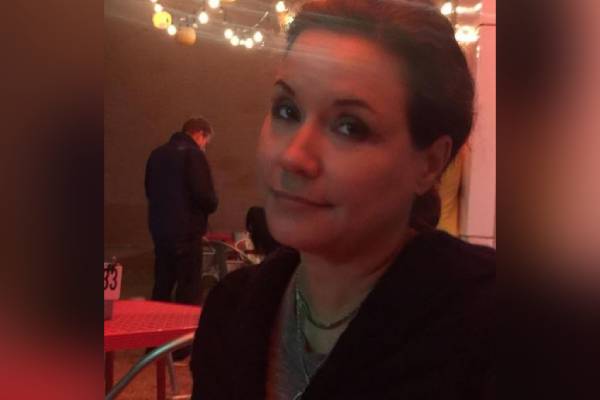 Matt Hoffman and Jaci Hoffman have been together for more than two decades. Image Source: Mat Hoffman Instagram.

Jaci Hoffman is best known as the lovely wife of BMX rider Mat Hoffman. Mat is considered one of the best vert ramp riders and has found much fame from his career. However, one other title that he proudly bears is that of husband.

So, who is the lovely beautiful woman who has been by Mat’s side for years? Today, we shall learn the answer to this frequently asked question. And also find out about what Mat Hoffman’s wife, Jaci Hoffman, is doing now.

As mentioned, Mat Hoffman shares a blissful marital life with Jaci Hoffman, with whom he has been together for more than two decades. The couple got married in December 1993. As of 2021, it has been 28 years since they tied the knot, and their marriage is still going strong.

However, the Hoffman couple has not revealed how they met and when they started dating before exchanging the vows. Nonetheless, the adorable pair love each other deeply and do not shy away from sharing their love for each other via Instagram.

Mat Hoffman’s Wife Is The Doting Mother Of Two Kids

As stated earlier, Mat and Jaci have been sharing a blissful marital life since 1993. In their almost three decades of togetherness, the lovely couple became the parents of two kids, a son, and a daughter.

Jaci and Mat Hoffman’s daughter, Gianna, has pursued acting as her career and is currently studying BFA in Acting at the University of North Carolina School of the Arts. She participates in several school dramas and has shared photos and videos from the plays.

While Gianna has already begun her university studies, Jaci Hoffman’s son, Jet Hoffman, is yet to finish high school. He attends the Classen School of Advanced Studies.

Moreover, Jaci’s son is a drummer, and he has uploaded several videos of himself playing drums. Jet even mentioned that he performs in shows with his friend. While it is unknown if he will pursue music as a career, we hope that Jaci and Mat’s kid achieves significant success in his life.

Involved In An Accident With Her Husband

In June 2021, Jaci and her husband, Mat, were involved in a serious car accident, leaving both of them hospitalized. The news of the accident was shared on the BMX rider’s Facebook.

According to the post, Mat Hoffman’s wife sustained a concussion and broken ribs but was discharged later that day. However, Mat suffered a subdural hematoma and was in a rehabilitation hospital for quite some time.

Besides the confirmation regarding the incident, the couple did not reveal much about the accident itself. Nonetheless, both of them seem to have recovered well and are doing great now.

Her Husband Is A BMX Rider

Jaci Hoffman’s husband, Mat Hoffman, is a well-known BMX rider from America. He is regarded as one of the best vert ramp riders in the cycle sports world. The well-known BMX rider Mat began participating in many competitions by the age of 11, and in 1983, he participated in a contest in Madison Square Garden.

It’s quite a surprising fact that Mat learned to ride BMX on his own and did not even have any other riders for reference. But with his self-learned abilities, Hoffman has won several tournaments in his career and has established himself as one of the most talented riders in history.

Jaci is one of Mat’s biggest supporters and must be proud of his achievements. Furthermore, she also helps him, and their kids become better in their life. However, as she prefers privacy, Hoffman’s spouse has kept much of her life away from the media.

Nevertheless, let’s hope we get to learn in detail about Mat Hoffman’s wife, Jaci Hoffman, in the coming days.