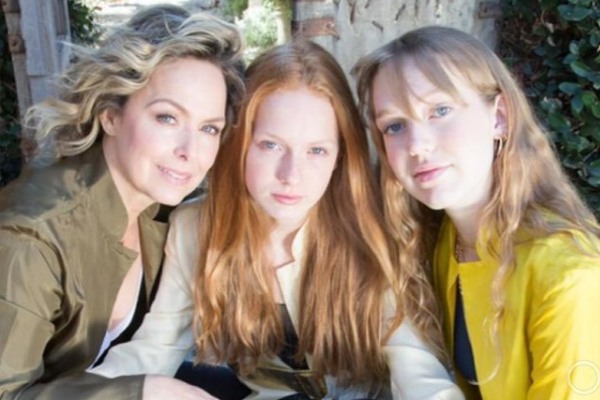 Many of you have probably heard the name, Gildart Jackson. English actor and writer Gildart Jackson is best known for playing Gideon in Charmed, an American supernatural fantasy television series. He is also quite popular for portraying Giles, the butler in Whodunnit? a reality television series. Gildart is also famous for marrying Melora Hardin, an American actress and singer, in 1997. Hardin is known for playing Jan Levinson on NBC’s famous sitcom The Office. She has also won  Primetime Emmy Award for her role in Amazon’s Transparent. As for now, she has been making a mark through her role as Jacqueline Carlyle in the comedy-drama The Bold Type.

The Jackson-Hardin couple has been happily married for more than 23 years. They have also welcomed two wonderful daughters into this world. Following the footsteps of their parents, they have also chosen to enter the entertainment industry. You might have tens of questions regarding the children of this celebrity couple. So, read the whole article to find out how Gildart Jackson and Melora Hardin’s daughters are growing up.

Melora Hardin’s daughter Rory Melora Jackson was born on September 29, 2001. The 19-year-old has already started a career for herself in acting by following the footsteps of her mother. Rory is mostly known for her roles in I Kill Giants, You, and Playing House. She must be heavily inspired by her parents, who undoubtedly had a lot of tips for the young actress.

Rory is currently studying at New York University. Unlike a lot of celebrity kids these days, Rory is quite active on social media. Well, it may be due to the fact that she is an actress herself. She spends quite a lot of time with her sister and mother, which we can see through her Instagram account.

Rory is also quite fond of traveling. Her social media handles showcases some breathtaking shots from her travels around different places. The lockdown must have halted her travels by a lot, but as soon as this pandemic ends, we can surely see her in full glory.

Born in 2005, Piper Quincey Jackson is the second daughter of actress Melora Hardin with her husband, Gildart Jackson. Like her elder sister and mother, Piper has also left her mark in the acting industry. Piper has played in movies like You, alongside her sister, and a movie called Penny: Undaunted. Both of Melora’s daughters are already looking sharp in acting, and we can not wait to see them shine.

Piper is pretty secretive about her personal life, unlike her sister. The 15-year-old has a private Instagram account. So, only her friends and family have access to it. At a young age, Piper was able to pull off a commendable performance, and she will only grow with time. In situations like this, having your parents in the same industry definitely helps.