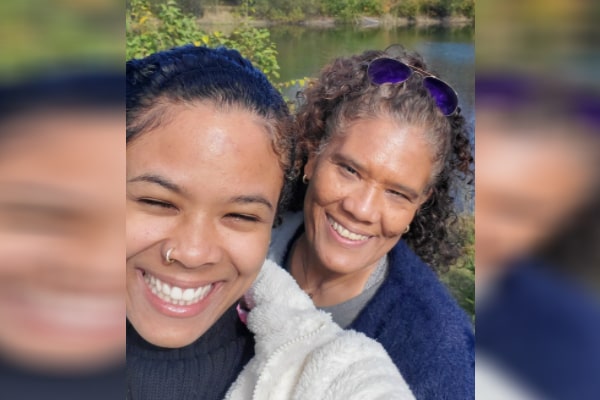 Quincy Delight Jones Jr is one of the most celebrated American record producer, songwriter, composer, and multi-instrumentalist. Furthermore, the multi-talented film and television producer has been in the entertainment industry for over 60 years with a record of 80 Grammy nominations.

Besides having a glorious tenure of over six decades, Quincy Delight was also known for his marriages, affairs, and children. He was married thrice, was involved in quite a few relationships, and welcomed seven kids altogether.

Aforementioned, singer/songwriter Quincy Jones is known for his remarkable contribution to the entertainment world. But he is also widely known for his high-end relationships. However, he did fell in love or had one or two affairs.

Quincy was in a relationship with a dancer, Carol Raynolds, briefly. Though there are no details of the couple, their short relationship resulted in a daughter named Rachel Jones. Furthermore, Quincy Jones’ daughter, Rachel Jones, has a beautiful personality and remains away from the media approach. However, she did make some appearances alongside her father.

Sadly Rachel Jones’s childhood is foggy, but while going through her Instagram, it is evident that she grew up to become a humble human being. Moreover, she shares a beautiful bond with Quincy, while her mother remains away from sight.

Well, Rachel Jones is THE Quincy Jones’ daughter, and hence she could have easier access into the entertainment world. However, her field of expertise is completely different and rather substantial.

As stated above, it would have been easier for Quincy Jones’ baby girl to enter the entertainment industry, but she chose to become a veterinary doctor. According to her Instagram bio, she graduated from Tuskegee University School of Veterinary Medicine in 1999.

Rachel further practices in Holistic medicine and chiropractic of cats, horses, and dogs. Rachel seems much motivated regarding her career and is actively helping the Marina Vet through her holistic medicine approach. Gaining first-hand experience of testing/applied kinesiology, she concluded to use it for her patients and pursued education to administer the treatment herself.

Besides being an excellent doctor, Rachel Jones is also a mother of two kids, a son and a daughter. Although there isn’t much information about her husband and his whereabouts, her babies occasionally appear on social media. Moreover, Rachel Jones and her daughter have a striking resemblance and share similar dimples while her son is quite a handsome young man.

Similarly, Quincy Jones’ baby not only balances her thriving career and her family but manages to travel as well. So, Rachel is living an extraordinary life making her own money and staying away from her father’s shadow. But did you know she had six half-siblings who are equally successful and have different career choices?

As stated earlier, Quincy Jones welcomed seven kids with five different women but loved them the same. Among them, one is Quincy Jones and Carol Raynolds’ daughter Rachel Jones. But she also has six older and younger half-siblings.

Rachel Jones’ elder sibling is Jolie Jones Levine, who was born to Quincy and movie star Jeri Caldwell. The pair welcomed their only kid in nine years of marriage. Unlike Rachel, Jolie started her tv-career as a Ford Model star but became a writer, singer, and activist.

Similarly, Quincy Jones’ second marriage with a supermodel, Ulla Anderson, lasted for only seven years. The former couple welcomed a daughter Martina Jones who followed her mother’s footsteps into the fashion world.

Furthermore, Quincy Jones’ ex-wife, Ulla, gave birth to an only son in the Jones family, Quincy Delight Jones III. He currently works as a music and film producer. Stepping into his father’s footsteps, Quincy is the owner of QD3 Entertainment.

Rachel Jones’s half-sister, Kidada Jones, was born to Quincy and Peggy Lipton. Kidada is the former couple’s first child who dated late hip-hop mogul Tupac Shakur. She is a model and author.

Similarly, Rashida Jones is Quincy and Lipton’s second child, who is a Harvard University alum. She is an actress and made her acting debut in a 1997 mini-series. And finally, Kenya Kinski-Jones was born to German star Nastassja Kinski ad Quincy. Kenya is a supermodel and has worked with designers like Chanel and Clavin Klein.

Well, unlike her star siblings, Rachel Jones chose a life away from the spotlight and currently resides in Manhattan, New York. Let’s hope she remains healthy and continues to cure animals.

The name Rachel means ‘ewe’ and has Hebrew origin.