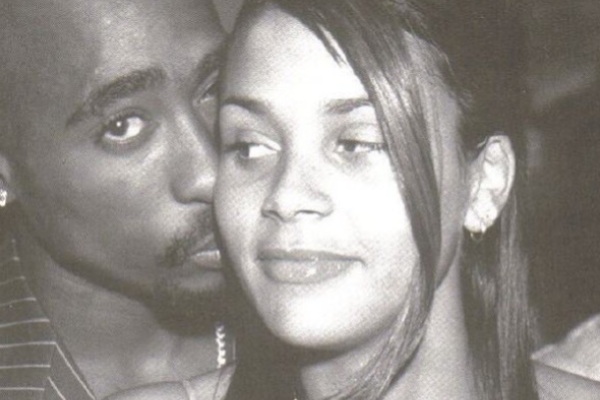 Tupac and Kdada lived together for about four months. Image Source: Social Media.

Tupac Shakur was a rapping phenomenon and considered one of the greatest rappers of all-time. While his rap incorporating the different social issues were always at the top of news headlines, he was also famous for his relationships. While being married to his then-wife, Keisha Morris, Tupac went head over heels for Kidada Jones, which was cut short by his tragic death.

Kidada and Tupac lived together for four months but already were more than close to each other. Kidada even got a tattoo of Tupac to declare her love towards him when they were together. Even though the couple was together for just a fraction of their life, they were very intimate toward each other. Let’s take a look at how their relationship unfolded.

How Did It All Begin And End?

Tupac and Kidada first met at a club shortly before one of Tupac’s trials in 1995. At that time, the two did not speak because Tupac had previously criticized her father, Quincy Jones, for marrying her white mother, Peggy Lipton. Their interaction happened during the second meeting when Tupac apologized, and she gave him her phone number. The rapper was already dying for her by the time they met again. Tupac also told his mom how much he loved her and wanted to make her his wife.

Kidada soon moved in with him at Calabasas, CA., after he finalized his annulment with his then-wife, Keisha Morris. The couple got engaged and was ready to get married. Kidada even got a tattoo of Tupac on her left shoulder, which reminded her of him every moment. The two were cut short of continuing their relationship when Tupac was shot and killed. After the tragic shoot out and before his coma, Tupac shared some emotional moments with Kidada, who reminded him how much she and his family loved him.

What Happened To Kidada’s Tupac Tattoo?

As we mentioned earlier, Kidada had a Tupac tattoo when she was with Tupac. Kidada covered the tattoo with a flower in an attempt to move on from the tragic event. As she was fully devoted to him and was ready to become his wife, it was probably a really hard time for her. Aforementioned, Tupac had said some things about her father, and he later apologized for it. And fortunately, Quincy Jones also revealed that despite the harsh comments, he and Tupac had a great relationship.

Kidada had also written about her relationship with Tupac in her father’s 2001 autobiography that the loss of Tupac was the most horrible thing that has ever happened to her. This just proves how hard it was for her to move on, and it was probably also the reason for her to cover up her tattoo.

After the demise of Tupac, Kidada did not have any relationships for quite some time. She finally found someone in the form of Jeffrey Nash and married him in 2003, but the relationship only lasted for three years. Kidada was most probably still not over the loss of her beloved Tupac, who she still remembers. She has not publicly revealed any relationships after her divorce from Jeffrey and is probably still searching for a good match for her. Even to this day, Kidada must be reminiscing about the time she spent with Tupac.