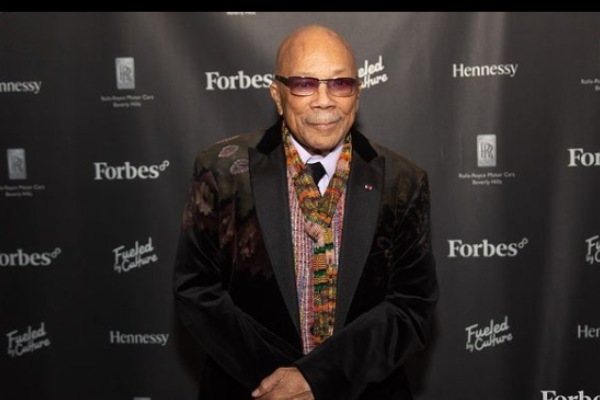 Quincy Delight Jones Jr. or otherwise known as just Quincy Jones, is an American record producer, multi-instrumentalist, songwriter, composer, arranger, and film and television producer. The music legend has been nominated for 80 Grammy’s and has successfully won 28 of them. Quincy’s career has remained consistent for over sixty years, which has given him legendary status.

As famous as Quincy Jones is for his music, he is also famous for his relationships. The musician has married thrice and divorced an equal amount of times. He married his second-wife, Ulla Anderson, in 1967 and remained together for seven years. So, Why don’t we have a look at Quincy Jones’s ex-wife Ulla Anderson’s life?

Ulla Anderson Is A Renowned Model And Actress

Quincy Jones’s ex-partner Ulla Anderson aka Ulla Jones is a renowned actress and model herself. Born in Sweden, Ulla started out as a model and was first discovered by modeling giant Eileen Ford who immediately signed her and sent her to Paris at the age of 15. She has been featured in popular international fashion magazines like ‘Harper’s Bazaar’ and ‘Vogue.’ As an actress, Ulla has been featured in movies like To Bed or Not to Bed and the Swedish film ‘Luftburen’ where she played the character of Mrs. Stroll.

Ulla Anderson has also engaged herself in the music industry. She co-wrote the song, May The Whisper, along with Malou Berg and has also contributed as a lyricist and provided additional vocals in singles Ditt Horn Är Min Passion (I Love a Rainy Night), Tänk Om…, Mörkblå Är Natten, and Med Vind Under Bingen (Life Is A Process)’ in 1980 for Maritza Horn’s album, Celluloid. She has also released her autobiography called Red Carpet Blues.

Ulla Anderson was married to Quincy Jones for seven long years. The two first met in1966 at a Trans World Airlines party thrown in New York in honor of American singer, actor, and producer Frank Sinatra. Ulla eventually grew fond of Quincy and moved with him to California from her 5th Avenue apartment in Manhattan.

The pair married in 1967 but could not hold their marriage together. The two separated, and Ulla moved to Sweden. After the separation, the ex-pair did not finalize their divorce until 1974, which was also done to let Quincy marry his third wife, Peggy Lipton. Ulla only received a small settlement after the marriage. Quincy and Ulla were together for only some years due to their growing differences, which eventually broke their marriage. Furthermore, Quincy was firstly married to Jeri Caldwell.

Ulla Anderson Is A Mother Of Two

Ulla Anderson gave birth to two children with Quincy Jones. The pair first welcomed their daughter Martina Jones and then a son Quincy Jones III. After the separation, Ulla took her children with her to Sweden and raised them on her own. Quincy Jones’s ex-wife Ulla was definitely a strong independent woman who could handle herself on her own.

Ulla and Quincy’s firstborn Martina followed in her mother’s footsteps and became a dancer and model, while Quincy Jones III followed his dad into music by becoming a music producer. Now in her mid-seventies, Ulla must be proud that both other children have found a life for themselves and are doing great with it.