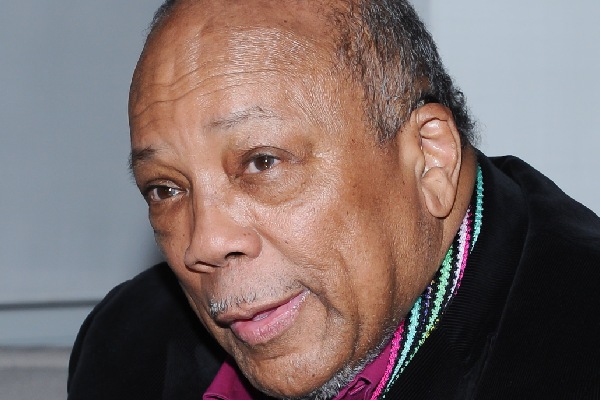 Apart from Quincy’s musical success, he is also known for his relationships. He has married thrice till now and has divorced on all three occasions. From actress Ulla Jones to Peggy Lipton, he is popular for his lovelife and wives. Even though he is the definition of music, not much is known about his ex-wife Jeri Caldwell. So, in this article, we will be presenting you with some interesting facts about Quincy Jones’s ex-wife Jeri Caldwell.

As we already mentioned, Quincy Jones is notoriously famous for his relationships with countless women, but the first one that hit the jackpot and got married to him was Jeri Caldwell. Jeri was his high school sweetheart. Well, even though she was not his first major love for which the title goes to a woman named Gloria Jenkins, she was indeed the first one he married.

In an interview with Oprah, Quincy revealed that Jeri was the one who hit him up first. She used to stop at the water fountain every day to have a look at Quincy, and his squad noticed that. The couple stayed in a relationship for quite some time before finally getting married in 1957. Jeri and Quincy were together for almost a decade until they filed for a divorce in 1966.

Also Read: Interesting Facts About Jeff Gutheim And His Relationship With Catherine Tate

Jeri Caldwell Is The Mother Of Quincy Jones’s Eldest Child

During their time together for almost a decade, Quincy Jones and Jeri Caldwell gave birth to their only child together name Jolie Jones. Jolie has since then made a career for herself as a singer, model, and actress. She married her husband, Stewart Levine, and has two sons with him named Donover Levine and Sunny Levine. Both of them have grown up now and have a family of themselves while also continuing the legacy set by their grandfather.

Even though Jeri’s whereabouts are pretty unknown now, she must be close to her daughter Jolie. Jolie was also inspired by her father and made a career out of music for herself, which ultimately inspired her sons. We can already see a trend here with the passing of music, which will likely continue forever.

Quincy Jones’s ex-wife Jeri Caldwell also has an acting credit for herself. Jeri was featured in a movie called Naked Gun 33 1/3: The Final Insult back in 1994. According to IMDb, she had a small role as the producer’s wife. Jeri was also featured in the 2018 documentary Quincy which focuses on the life of Quincy Jones.

With this, we can see that Jeri has made a fantastic life for herself even after the divorce from Quincy. Wherever she is now, let’s hope she is in her best health and living a wonderful life.