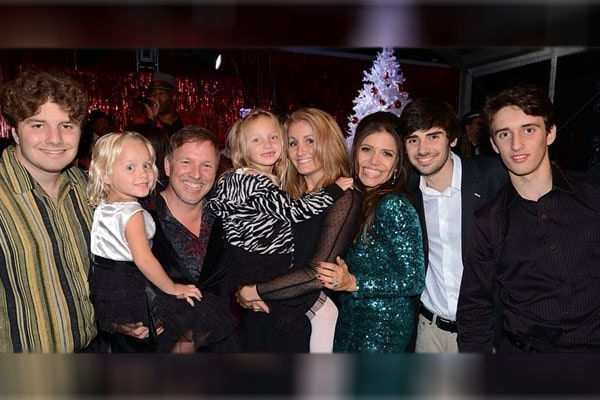 Entrepreneur, mentor, and philanthropist Glenn Stearns is widely famous for starring in the Discovery Channel’s show ‘Undercover Billionaire.’ Also, many recognize him as the founder and CEO of Stearns Lending and Kind Lending. However, the crown which makes Stearns proud of himself is that of a devoted father to six kids.

Yes, the Undercover Billionaire star fathers six children. So if you are eager to know more about Glenn Stearns’ children, then you are at the right place. Here are all the details on Stearns’s offspring, which you might be happy to know.

Glenn Stearns Has Four Kids From His Previous Relationships

You might be surprised to know that the current multi-millionaire businessman, Glenn Stearns, became a father for the first time at 14. While he was in eighth grade, his eldest child, daughter Charlene Stearns, was born. At that time, Charlene’s mother, Kathy was just 17 years old. So, the young parents’ mothers helped them raise Charlene.

As Glenn gave birth to Charlene when he was a teenager, he often admitted that she felt more like a younger sister to him than a daughter at that time. But, now, he claims her as his best friend. Currently, Glenn Stearns’ daughter, Charlene Stearns, manages his escrow company.

Furthermore, though Glenn Stearns welcomed a baby with Kathy, he did not marry her. Instead, some years after the birth of Charlene, he married Amber Urone. With Amber, he welcomed three boys, Skyler Stearns, Colby Stearns, and Trevor Stearns.

However, Glenn’s marriage with Amber did not last long. As a result, they divorced after the birth of their three sons but remained close friends.

Currently, Glenn Stearns is in a happy relationship with Mindy Burbano, a dental hygienist turned TV Presenter, actress, and philanthropist. Together the beautiful couple has two daughters, Brooke Stearns and Taylor Stearns, who are now in their mid-teens. Glenn Stearns’ ex-wife, Amber, is their godmother.

According to sources, Glenn Stearns married the mother of his two daughters, Mindy, on 11 October 2003, after dating her for a year. The couple exchanged wedding vows on a property they bought in Southern California for $12 million, surrounded by 450 guests and their close ones.

Making their marriage ceremony a true family affair, the beautiful pair also included Glenn Stearns’ children from his previous relationships. Charlene served as one of the bridesmaids, while Stearns’ son, Skyler, served as the best man. Similarly, Trevor was their ring bearer, while Colby had a job as a groomsman.

All six of Glenn Stearns’ children from three different baby mamas seem to prefer their life away from the reach of excess media scrutiny. Though they are available on social media handles, they never share their personal information on them. Moreover, their parents also always make sure their everyday life remains a closed book, far from the sight of the public and the media people.

Furthermore, though Glenn Sterns and his children usually maintain a private life, we can confirm that Glenn is a grandfather to two grandkids from his eldest child, Charlene. However, sadly, the names of Glenn Sterns’ grandchildren and their father is not known to the public yet.

So, the successful American businessman Glenn Stearns is currently a father to six grown-up kids and a grandpa to two adorable grandchildren. We hope to have more insight into the life of Stearns kins and their whereabouts in the upcoming days.