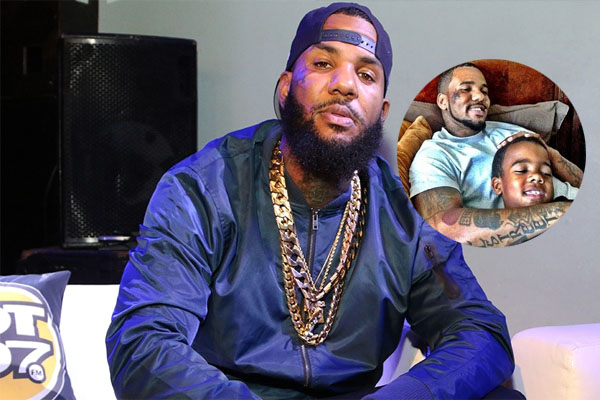 Harlem Caron Taylor Being Different From His Half Siblings

Unlike Harlem Caron, The Game’s children King Justice Taylor and California Dream Taylor keep their followers updated via their social media accounts. And it looks like Harlem Caron doesn’t give the impression of keeping his well-wishers updated on his personal life.

Harlem Caron’s father, The Game Called Off The Wedding With Valeisha Butterfield

The handsome Harlem Caron Taylor is often seen with his father The Game, so we can assume that Harlem is being raised by him. Before Harlem came into this world, The Game got engaged to Valeisha Butterfield, Congressman G.K. Butterfield’s daughter.

But, the wedding was called off six months before the schedule of marriage. The reason behind it was King Justice Taylor and California Dream Taylor’s mother, Tiffney Cambridge. Harlem’s Father, The Game had decided to be in a relationship with his long-term girlfriend Tiffney Cambridge.

Similarly, The Game and Harlem’s step-mother, Tiffney Cambridge too couldn’t work out their relationship after certain years. They gave birth to King Justice Taylor and California Dream Taylor and later parted ways.

The name Harlem originated from the English language which refers to peacemaker and Caron means kindhearted whose origin is the Welsh Language.