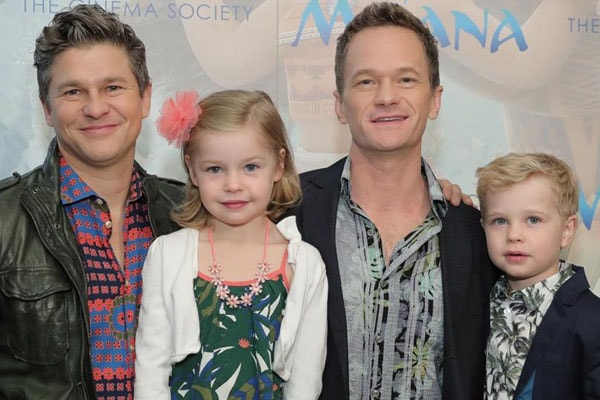 The American actor Neil Patrick Harris‘ daughter Harper Grace Burtka-Harris was born on the 12th of October, 2010. Harper Grace came into this world along with her twin brother Gideon Scott Burtka-Harris. Neil is the proud parents of two children with partner David Burtka.

During an interview with Wendy Williams, Neil Patrick Harris’ partner David stated that it was thanks to an anonymous lady that they got to have Harper Grace and Gideon Scott.

The “How I Met Your Mother” star Neil adores his baby girl a lot. We all know how much of a huge star Neil Patrick Harris is and the busy, hectic schedule he has, but looking at the photos, it seems as if his daughter is always by his side. Neil’s Instagram is filled with pictures of his kids.

Plus whenever Neil uploads pictures of himself with his daughter Harper Grace, there are floods of comments of fans stating how much of a great father the actor is. Just a couple of months ago the father-daughter duo of Neil Patrick Harris and Harper Grace Burtka-Harris went on a fun “papa-daughter” date. Neil collaged the best of photos of their time together and uploaded it on Instagram. And as usual, all his fans got to see and stated how a good parent Neil is.

The “A Series of Unfortunate Events” actor Neil has stated that his children are cut from the same cloth as he is.

As Neil Patrick is a father of fraternal twin, his daughter Harper Grace and son Gideon Scott celebrate their birthday together. And by the looks of it, they always have a blast. A few weeks ago Harper Grace and her brother Gideon Scott celebrated their 8th birthday. Well, one thing remains a mystery regarding which one of Neil Patrick Harris’ children is older, his daughter or son.

Who knows that if Harper gets good guidance, then she can also end up being a good actor like her dad Neil or a chef like her other dad David Burtka. In an interview, Neil’s partner David stated that he feels like Harper Grace is biologically his child. Plus every year, Neil and his children rock the Halloween.

Excited to partner with @CapitalOne for the awesome new Savor card launch – it rewards you for two things we dig – food and entertainment! #SavorMoments #CapitalOnePartner https://t.co/dxJOVVjuSh pic.twitter.com/4aIyuJQKRQ

The name Harper basically means someone who plays the musical instrument harp. It is derived from the Middle English harp.

As for the name Grace, it is derived from ‘gratia,’ a Latin word which means God’s favor.