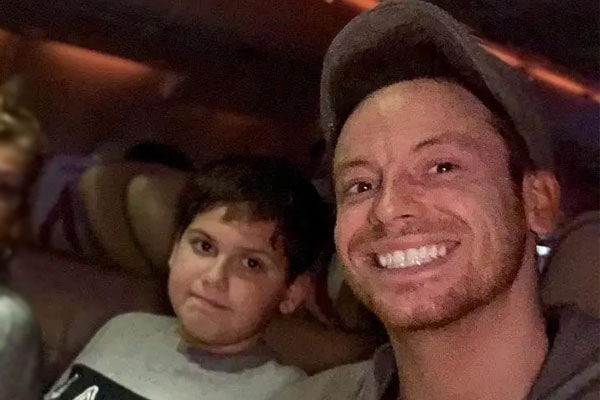 Harry Swash, Joe Swash‘s son was born on 16th of June 2007. Joe had Harry together with his ex-fiancee Emma Sophocleous. Harry’s father Joe Swash is an English actor and presenter who is popular for his role in the BBC soap opera EastEnders. Harry’s parents Joe Swash and Emma Sophocleous settled their differences and parted their ways on 19th of January 2008.

However, Harry is not the only child of Joe Swash. He has got a half-sibling named Rex Toby Francis Swash who was born recently on 23rd of June 2019. Joe had Rex together with his current girlfriend Stacey Solomon who is a reality TV show star. Not only that but Stacey also has two children from her previous relationships named Leighton Barham and Zachary Solomon.

Harry Swash And His Newborn Half-Sibling

Joe Swash’s son Harry Swash was recently backlashed after his image with his newborn half-brother was posted on Instagram by his father Joe. According to the Metro, the picture which was uploaded on Instagram on 1st of June, showed 11-year-old Harry cradling his new brother whilst nestled in a striped duvet.

Criticism was mainly aimed at Harry’s father Joe as the star didn’t mention his two step-children Leighton and Zachery in his caption which went like this:

‘In this picture is my whole world. My two boys.’

Despite some heavy comments, some fans appreciated the picture and congratulated Harry and his father for welcoming the newest born member to the family.

Harry Is Blessed With His Father’s Love

Joe Swash’s son Harry Swash has a very close relationship with his father. The father and son duo are often seen and spotted on different TV channels including BBC. It seems quite obvious that Harry is truly blessed with immense father’s love and affection.

Besides Harry’s appearance as a famous celebrity kid, there is no information regarding his education and schooling. However, it seems as if he is in his secondary school and building up his career to fill in his father’s footsteps.

Harry is a male name of Germanic origin which gives the meaning of “power” or “ruler.”