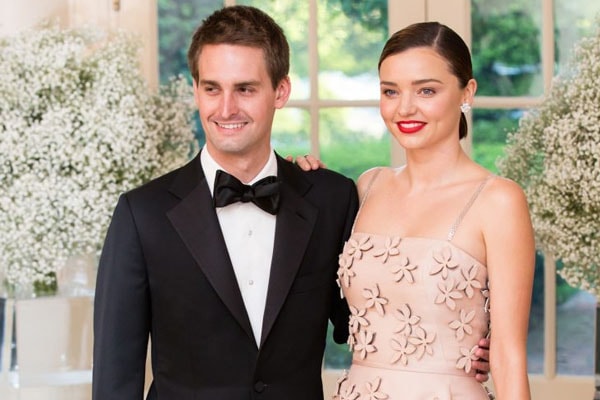 The glamorous model Miranda Kerr‘s son Hart Spiegel was born on the 7th of May, 2018. Miranda Kerr had her second child with her husband, Evan Spiegel.

Till date, Hart Spiegel also known as Hart Kerr Spiegel is the only son between Miranda and Evan, but who knows he might even get a sibling in the future. Here are some of the facts about Miranda Kerr’s son Hart Spiegel.

Although the news of Hart Spiegel’s birth was already being announced on the news, Miranda Kerr took almost 17 days to announce the arrival of her baby. She uploaded a photo of a toy deer alongside the name of her newborn Hart and let her fans know about the arrival of her son. Well, unfortunately, the post didn’t contain the photo of little Hart Spiegel.

As Hart Spiegel is the first son of Miranda and Eva, they were delighted to welcome a new member to their small family. Plus looking at how secretive Hart Spiegel’s mother Miranda is about her life, we don’t think she will upload pictures of Hart any time soon.

Hart Kerr Spiegel Is Named After His Great Grandfather

Not many know this, but the little baby Hart is actually named after his great-grandfather or to put it simply Evan Spiegel’s grandfather. The CEO of Snap Inc, Evan Spiegel must have been very closed to his grandfather so that he decided to name his son after him.

The name Hart has an English and North German origin. It comes from a personal name which means “Stag.”

Hart Spiegel Has An Elder Half-Sibling

Let’s hope that in the future that Miranda will upload photos of both of her sons having a lovely time with one another.