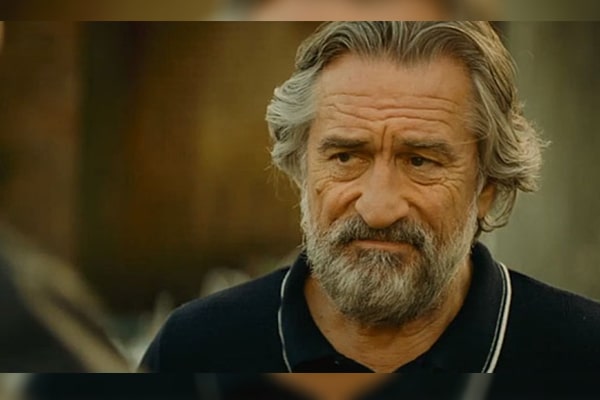 Robert De Niro is a notable name in Hollywood. Mainly known for his thrillers and collabs with filmmaker Martin Scorsese, Niro received many awards, including two Academy Awards, Golden Globe.

Niro, who accepted a Presidential Medal of Freedom from former Barack Obama, had a tumultuous relationship with his ex-wife, Grace Hightower. The former pair share two children. So, we will be tailing Robert De Niro’s daughter, Helen Grace De Niro.

Youngest Child Of The High-Profile Couple

‘Taxi Driver’ star, Robert De Niro, and his ex-wife, Grace Hightower, welcomed their younger daughter, Helen Grace De Niro, in 2011. She is the second child of Robert and Grace, who first met back in 1987.

Likewise, Robert De Niro’s daughter, Helen, was born via surrogate and weighed in at 7 lbs, 2 oz at the time of birth. She has an older brother, Elliot De Niro, an avid tennis player.

Robert and Grace have managed to keep their daughter away from the media scrutiny and ravenous tabloids. Since Helen is only eight years old, she has no social media, and her parents have maintained privacy rigorously.

However, the beautiful Helen Grace seems to share an excellent bond with both her parents and is seen hanging out with her father, Robert, occasionally.

Considering how big Robert De Niro’s persona is, the smallest movement he makes could create a huge fuss. Despite maintaining privacy regarding their daughter, Helen’s life, her parents’ fight for joint custody caught the public’s attention.

Helen Grace De Niro’s parents separated when she was only seven years old. Robert De Niro filed for divorce from his philanthropist wife and waged a secret custody battle side by side.

According to Page Six, Mean Streets actor, Robert asked for visitation with his daughter the same day he had filed for divorce from his estranged wife, Grace.

Any custody battle is very bitter for parents, but considering Robert De Niro’s daughter is very young, he must have realized the importance of the presence of both parents.

The estranged couple concluded their custody battle on the most romantic day of the year. They finally signed a 31-page custody agreement, while Judge Matthew Cooper extended his congratulation to the former pair. He added that the decision was in the best interest of Robert De Niro’s daughter, Helen.

Taxi Driver star was happy as he left the Manhattan Supreme Court in February 2020. Although their custody battle made several headlines, details of the deal were not made public whatsoever.

Helen Grace De Niro’s Parents’ On And Off Relationship

Helen Grace’s parents met at the restaurant Mr. Chow, where she was working as a hostess, in 1987. The former pair did not rush their relationship and dated for a decade before sharing vows with one another.

The former love birds eventually walked down the aisle on 17 June 1997. Unfortunately, their marriage did not last more than two years, and De Niro filed for divorce in August 1999. Amidst their brief marriage, they had welcomed their first son, Eliot, and had signed a custody agreement in 2001.

However, their divorce was never concluded but reconciled instead. Interestingly, Robert and Grace renewed their wedding vows in 2004 at the actor’s farm near the Catskill Mountains. However, the romance here did not last forever.

As a result, Helen’s father, Robert, anonymously filed for divorce in 2018 after twenty years of marriage. While talking to People, Robert De Niro acknowledged the transition being difficult but constructive.

The name Helen is of Greek origin, which means ‘light’ or ‘bright.’ Likewise, Grace says charm and is originated from Latin.