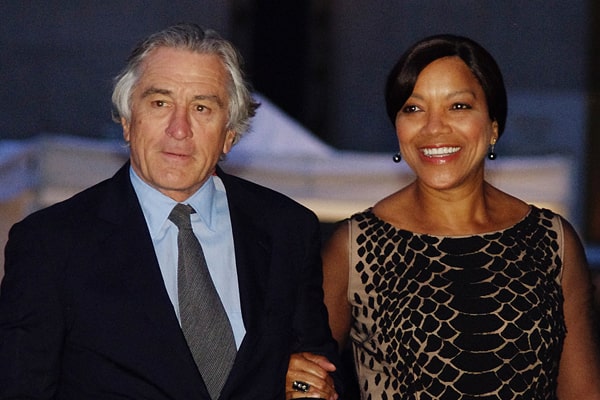 Robert De Niro is an American actor known for his work in crime films and thrillers. His name in Hollywood is massive as he has bagged several awards, including two Academy Awards, Golden Globe Award, and more.

Grace Hightower and Robert De Niro welcomed their first child, Elliot De Niro, on March 18, 1998, in New York. The former couple had maintained Elliot’s privacy, and he continues to do so as a grown man.

The 22-year-old Elliot is the only son of the former couple, Grace and Robert. However, he is the fifth of six children by Robert De Niro. He has a biological sister, Helen Grace De Niro, born by the surrogate. Besides, Elliot De Niro’s half-siblings include, Drena De Niro, (adopted daughter), Raphael De Niro, twin brothers, Julian Henry De Niro and Aaron Kendrick De Niro.

Elliot De Niro’s older sister, Drena, appears to have followed her father’s footsteps while Raphael established himself as NYC real estate broker. Robert De Niro’s children were raised privately, and Elliot is no exception. Let’s hope we will get to see more of him in the future.

Once Robert De Niro amassed a massive criticism for a controversial film, Vaxxed, a film De Niro believed that ‘everyone should see.’ After pulling out the movie from the Tribeca Film Festival, he revealed that his son, Elliot was autistic in 2016.

Although Robert had maintained privacy surrounding his life, he hinted about raising a differently-abled child before being exclusive about Elliot.

According to People, Robert De Niro told that he and his ex-wife, Grace have a child with autism, and they believe that it is crucial for all the causes of autism to be openly addressed and examined. He further claimed that his son, Elliot ‘changed overnight’ after he received a measles vaccination.

Although Elliot De Niro’s father openly spoke about his autism in 2016, he has associated himself with a film on autism previously. Moreover, he continued that people need to address what they think is a closed issue.

Despite being autistic, Robert De Niro’s son Elliot is unstoppable. He involves himself in several activities and especially sports.

Aforementioned, Robert De Niro’s son is autistic but mind you if you think Elliot is less colorful and youthful. Elliot started playing tennis as a child and showed significant improvements while playing.

While talking to Simple Olympics: 50 Game Changers, Robert De Niro’s ex-wife, Grace, revealed that tennis helped Elliot acknowledge himself and helped him stay motivated and confident. He was also featured in one of 50 videos of the Special Olympics.

During his time in Simple Olympics: 50 Game Changers, Elliot befriended Max Richter, a British composer. They often hung out together, all while improving his health and building confidence.

Elliot De Niro’s parents, Robert De Niro and Grace Hightower, are no longer together as Taxi Driver star filed for divorce in 2018 anonymously. However, this wasn’t their first split.

The former couple met at Mr. Chow restaurant, where Elliot’s mother worked as a hostess. The old pair’s romance bloomed gradually, and they maintained their love for a whole decade. The couple decided to marry on June 17, 1997, and welcomed Elliot a year after.

De Niro’s mother, Grace, claimed that Robert’s lifestyle was too outlandish for the three-year-old kid, but De Niro’s spokesperson, Stan Rosenfield, denied the allegations. Stan insisted that Robert had no drinking issues and that drug tests are unnecessary.

According to Guardian, Robert flipped the coin towards Hightower, claiming she had a violent temper and should not retain custody of their child. Interestingly, the couple reconciled and renewed their vows in 2004 only to separate later.

The name Elliot means The Lord Is My God and has English Origin.