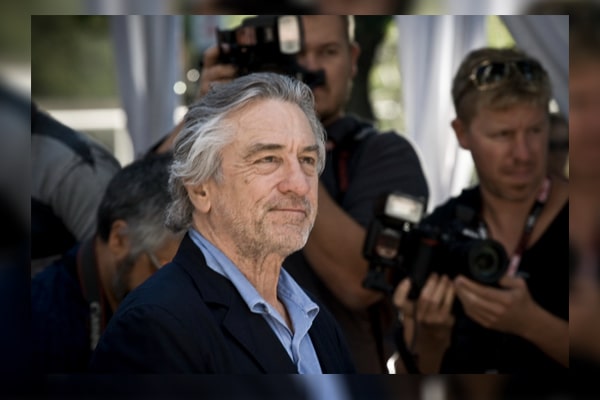 Robert De Niro is one of the most notable names in Hollywood who made his first significant appearance onscreen in 1968. Gaining recognition from Band the Drum Slowly, Robert eventually grew as an actor and director who bagged two Academy Awards and also received a Presidential Medal of Freedom from the former president, Barack Obama.

Hollywood veteran Robert De Niro enjoyed a successful career with a little messed up relationships yet prideful fatherhood. On that note, De Niro is a father of six children from three different partners. For now, we will be tailing one of Robert De Niro’s twin sons, Aaron Kendrick De Niro, with his former partner, Toukie Smith.

Born Via In Vitro Fertilization

Robert De Niro has been in Hollywood for more than five decades, and the only time he addressed his matter candidly was about Aaron’s half-sibling, Elliot De Niro. Thus, one can only imagine how secretive and private he regards his children and personal matter.

Similar is with De Niro’s twin son, Aaron’s birth. De Niro’s baby mama, Toukie Smith, conceived their twins in vitro fertilization and were delivered by a surrogate mother on October 20, 1995. However, there are no further details about Aaron’s childhood as they are buried deep.

Although belonging to a very famous family, Robert De Niro’s son, Aaron Kendrick De Niro, has been maintaining sheer privacy regarding his life. The 24-year-old star kid’s childhood, scholar background, and career are all under shade.

As it is told, an apple never falls far from the tree, Aaron’s tree seems to have a powerful ability concerning privacy. Both Aaron Kendrick’s parents, Robert and Toukie, are very private people. During an interview, Aaron’s mother, Smith emphasized the spelling of ‘private’ with a capital P. So, we can only imagine how serious she is.

Similarly, Aaron’s father, Robert, is a calculating person and talks very rarely about his children. He rarely mentions his children on any occasion, but when he does, it’s with great affection and privacy in concern. Thus, Aaron Kendrick learned from the best, which is probably why he is unreachable.

However, fans don’t give up and hope to get a glance of him soon.

Has A Twin Sibling And Four Half-Siblings

Aforementioned, Robert De Niro’s ex-girlfriend gave birth to twins in 1995. Thus, Aaron always had Julian Henry De Niro‘s company since they were in the womb. Both the twin brothers are now adult and excessively private.

Thus, Aaron Kendrick De Niro must have had a fun childhood surrounded by older siblings. Additionally, they also got to babysit their younger siblings, so it must have been an enjoyable experience.

Like Aaron and Julian, Robert maintained his other children’s privacy significantly, and thus no tabloid hungry media could get a glance at it. However, Aaron De Niro’s sister, Drena, followed Robert to the film industry while Raphael shined in his career as a real estate broker.

Hence, we are waiting for Aaron to outshine his father like his older siblings did through their individual career choices.

It’s no news that Aaron Kendrick De Niro’s parents are a secret keeper. Therefore, there are no details about their relationships, but the pair dated from 1988 until 1996. They made several public appearances. They welcomed their twin kids via In Vitro fertilization in 1995.

However, both Robert and Toukie remained mum about the reason for choosing In Vitro fertilization and a surrogate. Similarly, very few might know that De Niro’s ex-girlfriend miscarried their first child in June 1988.

The news of losing an unborn child is naturally unbearable, but the pain was unfathomable for the former model. She had lost her mother and brother, Willie Smith, previous years consecutively, which made her suffering overwhelming.

Although Robert and Toukie welcomed their twins after suffering the miscarriage, the pair separated the following year of the twin’s birth. Let’s hope we get to hear from Robert De Niro’s son, Aaron Kendrick De Niro, in the future.

The name Aaron is of Hebrew origin and means Strong. Likewise, Kendrick says a bold ruler and is of English origin.