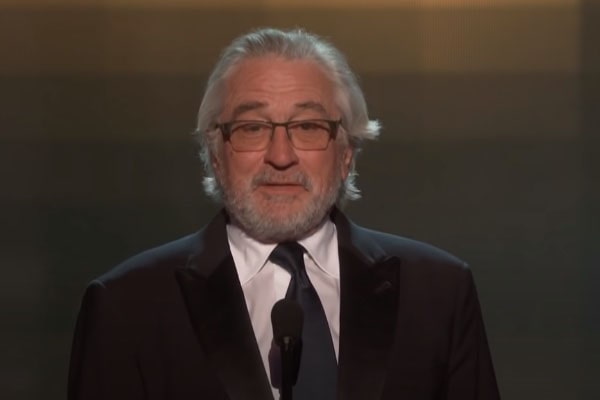 Born on Oct 20, 1995, Julian Henry De Niro is Robert De Niro’s son with the model Toukie Smith. Julian’s dad, Robert, is one of the finest actors in Hollywood to have won two Academy Awards and a Golden Globe Award. As for his mom, she is also an actress and model.

Julian is not the only child of Robert De Niro, and he has altogether five siblings; four half-siblings and one twin brother named Aaron Kendrick De Niro.

As we are about to discuss Robert De Niro’s son, you might want to know some facts about him. So, stick with this article until the end.

Even though Julian Henry and his twin brother, Aaron, are Robert De Niro’s sons with his former girlfriend, Toukie Smith, they had welcomed twin boys via in vitro fertilization (IVF). A surrogate mother bore their children for Robert and Toukie in 1995.

De Niro and his ex-girlfriend, Toukie, were more than happy to welcome not one but two sons. Their happiness was over the moon to become parents to Julian and Aaron.

Julian Henry De Niro’s parents are exceptionally talented actors who made a mark in the entertainment industry. His dad, Robert De Niro, is well-known for his work in crime films and thrillers. Some of his blockbuster movies are Taxi Driver, The Godfather, Goodfellas, Raging Bull, and more.

Julian’s dad is the recipient of two Academy Awards, a Golden Globe Award, a Screen Actors Guild Life Achievement Award, and the Cecil B. DeMille Award. He also received a Presidential Medal of Freedom from the former President, Barack Obama.

As for Julian’s mom, Toukie Smith, she is an actress and model. Toukie was famous for her role as Eva Rawley on the NBC sitcom, 227. If you did not know this, Julian’s mom is the sister of fashion designer Willi Smith.

Julian’s Dad And Mom Are Not Together

Julian’s parents are not together at the moment. But the two had dated each other for over eight years. The ex-couple, Robert, and Toukie’s love romance started in 1988.

They had a good run with their long-term relationship. And as said earlier, the ex-couple also had twin children in 1995 conceived by in vitro fertilization and delivered by a surrogate mother.

But, in 1996, his parents ended their relationship. Before Toukie, Robert was in a married relationship with his ex-wife, Diahnne Abbott. But they had divorced each other in 1988.

Soon after the split with Julian’s mom, Robert De Niro married actress Grace Hightower in 1997. They also had two children together. They stayed together for over 19 years until their separation in 2018.

Four Half-Siblings And A Twin Brother

Robert De Niro’s son, Julian Henry, has five siblings, out of which four of them are his half-siblings. As we mentioned on the top, Julian’s twin brother is Aaron Kendrick De Niro. The two came into the world via in vitro fertilization (INF) in 1995.

Julian’s eldest half-sibling is Drena De Niro. She is the eldest child of the Taxi Driver actor. Well, she is not Robert’s biological kid but was adopted in 1976 when he was married to Diahnne Abbott. She is an actress and filmmaker. She also has a son named Leandro De Niro Rodriguez but is not married.

Then comes Raphael De Niro, Robert’s son with ex-wife, Diahnne Abbott. Raphael is an NYC real estate broker. He also has appeared in films with his dad like Awakenings and Raging Bull. He was married to Claudine De Matos from 2008 to 2015. They also had three children together including Nicholas De Niro.

Robert’s son, Elliot De Niro, with ex-wife, Grace Hightower, is Julian’s other half-brother. Elliot is the youngest son of all who is not familiar in the spotlight. Robert had revealed that he is autistic. He was also part of ESPN’s 50 Game Changers for the Special Olympics.

And the youngest half-sibling, Helen Grace De Niro, was born via surrogate in 2011. She is the second child of Robert and Grace.

Stays Out Of Spotlight

Even if Julian Henry De Niro is a celebrity kid, he tends to stay out of the spotlight. Unlike his dad and older siblings, very little is known about him and his twin brother. They probably chose to live a private and secret life.

However, in 2020, Julian was seen sitting alongside his dad at the SAG Awards. So, it seems like he loves showing up as Robert’s companion at awards shows only.

According to the Latin origin, the meaning of the name Julian is ‘youthful.’ Similarly, Henry came from the Germanic name, Heimirich, meaning ‘home-ruler.’