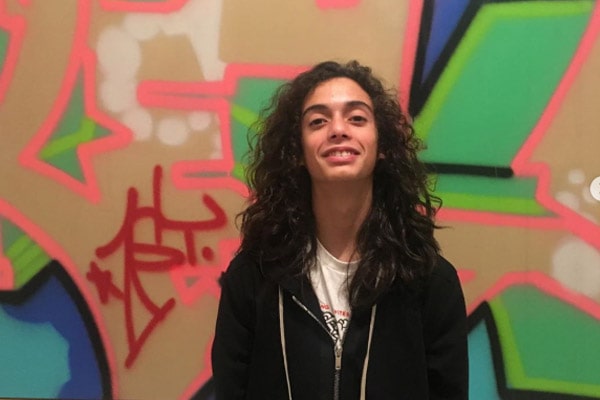 Robert De Niro is an admiring family man. The father of six is not hesitant to brag about his kids. And his acting bug has bitten two of them; Raphael De Niro and Drena De Niro. The same goes for Robert De Niro’s grandson, Leandro De Niro Rodriguez, who was born on June 25, 2004. Leandro starred in the hit movie ”A Star Is Born” in 2018 alongside his mother, Drena.

Without any doubt, Drena De Niro’s son, Leandro, is a star. Although he is too young to decide what he wants to do professionally, he might follow his grandpa’s career path in acting. Take a closer look at this leading boy, Leandro, aka Leo here.

As we are all clear that Leandro De Niro is the Hollywood icon Robert De Niro’s grandson and Drena De Niro’s son. But, most of the people might not know that his biological father is non-other than the New York-based artist Carlos Rodriguez aka Mare. He has even worked with his father’s granddad in the movie The Good Shepherd as a documenter being a member of his editing team.

Yes, the hip-hop attire lover, Leandro, is the son of the 2006 Webby Award winner for the Hip Hop documentary Style Wars website, Carlos Rodriguez. Carlos is the current curator at the Museum of Graffiti. Junior Rodriguez often visits the Museum to meet his dad.

The parents of Leandro, Drena, and Carlos never appear together in the media. But, both of them share photos of their little one in their respective Instagram pages frequently. Seeing the pictures of Leandro, it looks like Leo is acquiring the traits of both his mom and dad. He usually dresses himself up as a hippy and is very good at acting too.

Leandro Making A Name For Himself

Drena is in the American Film Industry since the ’90s, but she hasn’t performed in any significant role yet. Her latest appearance in a feature movie was in ”A Star Is Born” as Paulette Stone. If you have watched the film, you sure have noticed Drena De Niro’s son alongside his mom in some scenes.

Apart from the ”A Star Is Born,” Leo has shown his acting skill in The Collection (2005), and Cabaret Maxime (2018). After watching his performance in these movies, it’s’s easy to assume that Leandro might be like his grandpa in the future. Ever so, we will have to wait to see if he wants to be in the film industry.

Leo is not the only grandchild of Robert De Niro. Besides Leo, Robert is the proud grandfather of three more kids from his son Raphael De Niro. From son Raphael’s side, he has granddaughters; Ella Rose De Niro, Alxendria De Niro, and grandson Nicholas De Niro.

Leandro often visits his cousin brothers and sisters regularly and loves spending time with them. But for his biological sisters or brothers, his parents do not seem to have any to date. Moreover, it’s’s also not known yet if his mom and dad are married or just dating. All this information about Leandra’s parents is behind the curtain.

For now, we can just hope to see Leandro, Drena, and Carlos together soon in one frame.