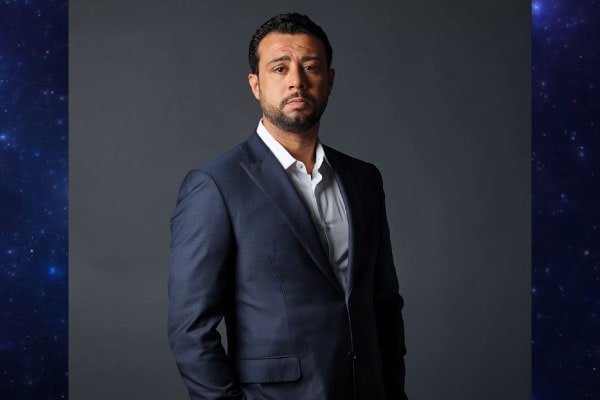 Born on May 21, 2009, Nicholas De Niro is Raphael De Niro‘s son with his ex-wife, Claudine De Matos. He is also the grandson of Robert De Niro, who is one of the legendary actors in Hollywood. Talking about Nicholas’ parents, they married each other in March 2008.

However, things did not work out between them, so they divorced each other in January 2020. Nicholas also has two small sisters named Ella Rose De Niro and Alexandria De Niro. Since Nicholas is still a child, not everyone knows about him as they know Robert De Niro and Raphael De Niro.

So, let’s get to know more about Raphael De Niro’s son.

Nicholas De Niro Is The Eldest Child of Raphael And Claudine

As we said earlier, Nicholas has two sisters, Ella Rose and Alexandria. He is the eldest of all, and his sisters are the younger ones. Raphael De Niro’s son seems to be close to both of his sisters. However, it is hard to know whether Nicholas is with his father or mother as they have already parted ways.

But we assume Nicholas’ bond with his sisters is a great one. His sister, Alexandria, is just a year younger than him, and Ella Rose is three years younger. So, Nicholas is the eldest child of the ex-couple.

Nicholas De Niro’s mom, Claudine De Matos, was accused of ‘harassment and racial discrimination’ in 2017 by her nanny and housekeepers. The allegations against Claudine were brought exclusively in lawsuit papers.

Linda Williams, who was employed as a nanny in De Niro’s Manhattan household in 2014, said that Claudine made racial comments on her saying she would not have hired her if she knew she was black and that they had never had a black nanny.

Claudine’s ex-husband, Raphael De Niro’s mother, Diahnne Abbott, is also African-American. Thus, it means Claudine’s three children with him are partially black as well. As we talk about Claudine, her mom was from Haiti and great-grandma from Cameroon. So, she is also 25% African.

The lawsuit claimed that Claudine created a hostile work environment, permeated with intimidation, insult, and ridicule. She was also accused of not paying nanny and housekeepers for overtime.

His Parents Split After 11 Years Of Marriage

Nicholas De Niro’s parents married each other in March 2008. They had three cute children together. Everything between the married couple was going well until Raphael and Claudine separated in 2015.

Raphael then filed for a divorce from her after nearly a decade of marriage. The divorce was finalized in January 2020. After the divorce, Raphael married his second wife, Hannah Carnes, in Mar 2020. She is a fashion stylist and now the step-mom of Nicholas De Niro. Due to Nicholas’ parents’ separation, he probably was sad to see them getting apart from each other.

The name Nicholas came from the Greek name, Νικόλαος (Nikolaos), meaning ‘victory of the people.’