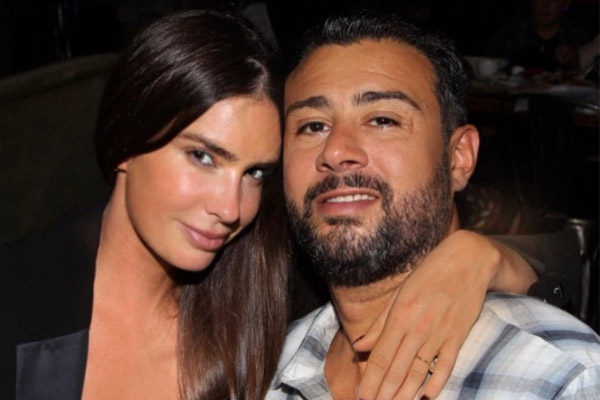 The De Niro name has been corresponding with Real Estate for three generations. Robert De Niro’s son Raphael De Niro is also a part of it for a decade. The current founder of The De Niro Team, Raphael, is a married man, not once but twice. Also, he is a father to four little ones.

From 2008 to 2017, Raphael was in a marital relationship with Claudine De Matos. After the first divorce, he tied his knot with his long-time fiancee Hannah Carnes.

So, who is this Raphael De Niro’s wife, Hannah? Do they have any kids together? Get all your queries answered here.

As mentioned before, Raphael De Niro was previously married to Claudine De Niro from 2008 to 2017. After the official separation from Claudine, Raphael tied his marital knot with the present wife, Hannah Carnes De Niro.

The fashion stylist Hannah and real-estate broker Raphael began dating in 2016. At that time, Raphael was still officially married to his first wife, Claudine. Right after a year of getting separated from his previous wife, Raphael proposed Hannah with an engagement ring on 26 September 2018. And guess what? Hannah, without any delay, said YES.

Gorgeous Hannah Carnes and Raphael walked down the aisle on 13 March 2020 at the City Hall. The couple had planned to take the wedding vows in April of 2020. However, they moved the marriage ceremony earlier due to the fear of the spread of coronavirus.

The newlywed couple Hannah and Raphael planned to celebrate with their relatives and friends only when it becomes safe to do so at Milos in Hudson Yards.

Has A Daughter From Former Relationship

The father of three Raphael turned into a father of four after being married to Hannah Carnes. Carnes has a 16-years old daughter named Aislinn Carnes from her previous relationship. But the father of her daughter is entirely behind the camera.

It looks like Hannah does not want her present relationship to be in any controversy due to her past. So, there is no clue regarding the past affair of Hannah. Moreover, Hannah Carnes’s daughter Aislinn has an Instagram account under her name with over 2K followers, but it is private. Hence, it’s not possible to find out any information about her father from her Instagram too.

Hanna Carnes is the step-mother to Raphael De Niro’s three kids: a son Nicholas De Niro and two daughters Alexandria De Niro and Ella Rose De Niro, with ex-wife Claudine. Among the three, Nicholas is the eldest one, and Ella Rose is the youngest. All the three step-children of Hanna are younger than her daughter Aislinn.

Although Hannah is the step-mom to Raphael’s kids from his past marriage, they have a great bonding. Raphael, Hannah, and their four kids love going on outings and spend quality time together. As for Raphael and Hannah, they have not any kids together.

The meaning of the girl name ‘Hannah’ is ‘favor’ or ‘Grace.’