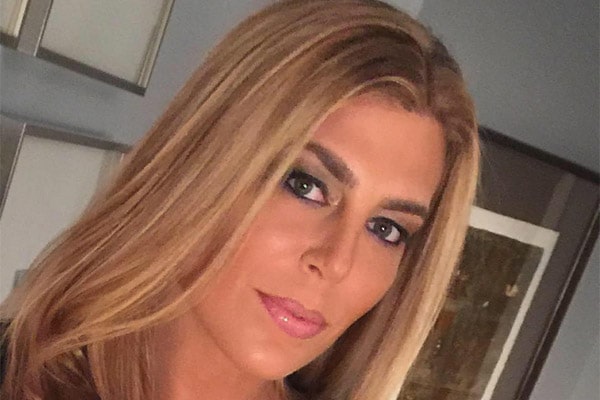 The American real estate broker Raphael De Niro is a well-known figure of the American Entertainment Industry. He is not only famous for being the son of Robert De Nero with wife Diahnne Abbott, but he has gained fame on his own too. Raphael works with his celebrity clients often for real estate management. Hence, he is popular among almost every celebrity.

The former actor Raphael De Niro has been married twice to date. Recently, on 13 March 2020, he took wedding vows with the beautiful Hannah Carnes. Before this, Raphael was in a marital relationship with Claudine De Matos from March 2008 to January 2020.

So, who might be Raphael De Niro’s ex-wife Claudine DeMatos? What might be the reason he had to end his first marriage? Let’s know it all here.

The broker of Douglas Elliman, Raphael De Niro, married Claudine Dominique DeMatos on 3 March 2008. Then, DeMatos was his co-worker in DeNiro Group. The Rev. Dianne Coverly, a catholic minister and marriage officer in the Bahamas, officiated their wedding. The marriage ceremony took place in De Niro’s private estate in Nassau.

In the emerging years following their marriage, Raphael and his then-wife Claudine became parents to three children together. They are daughters Ella De Niro and Alexandria De Niro and son Nicholas De Niro.

After seven years of being in a marital bond, the duo Raphael and Claudine’s relationship began to fade. The two separated in 2015. After two years, Raphael filed for a divorce with Claudine. The divorce file got finalized only three years later on 3 January 2020.

Raphael and his former wife Claudine split-up officially, citing irreconcilable differences. But it seems like both of the real estate brokers had a lot to say in their divorce file. However, De Niro and Claudine kept all those reasons private.

Series of incidents had happened before and after the official confirmation of the ex-couple’s divorce. Back in 2017, Claudine was in the headlines of numerous media. She was accused of racial discrimination against her former nanny Linda Williams. Moreover, Claudine’s domestic worker, Thais Dilazary, also sued her for withholding wages and failing to pay her overtime. Such discriminating nature of Claudine might have resulted in her ex-spouse and former in-laws be distant from her.

Furthermore, Claudine’s ex-husband Raphael was in a relationship with fashion stylist Hannah Carnes since 2015. And, it was the year when Claudine and Raphael stayed separate from each other. Thereby, Raphael’s affair with another woman also might have some contributions in their separation.

Hence, we can just make assumptions about what might be the reasons. The real intentions behind the divorce of Raphael De Niro and Claudia DeMatos is a mystery. Let’s hope the ex-couples will disclose about it soon.

After the separation with former husband Raphael De Niro, Claudine began dating Cuba Michael Gooding Jr., an actor, and a director. The duo met while handling their divorces in the same court and they became close to one another. Their affair started in October 2018.

The news of love between Claudine and Cuba Gooding spread when the pair were spotted together in Miami. Later, they were seen FaceTiming with each other during a dinner party in Manhattan. Prior to that, Claudine and Gooding went through various allegations and negative comments of people. Nevertheless, Claudine and Cuba’s love relationship has been flourishing to date.