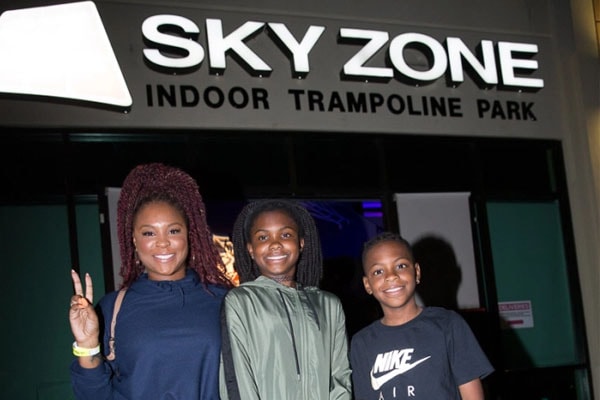 The American comedian and actor, Kevin Hart’s son, Hendrix, was born on November 8 in the year 2007. The only son of Kevin with his former wife, Torrei Hart, Hendrix is the younger brother of the beautiful Heaven Hart.

The proud parents of eleven years old Hendrix, Kevin and Torrei, were together in a marital relationship since the year 2003. Despite parting their ways in the year 2011, the former lovebirds are on good terms and share a strong bond.

The American comedian Kevin Hart and his longtime girlfriend, Eniko Parris walked down the aisle on August 13, 2016. The day was meant for the happy newlyweds to celebrate their marital union with family and friends. However, Kevin Hart’s adorable little children stole the show. Furthermore, to make the deal even sweeter, Kevin’s then eight years old son, Hendrix served as the comedian’s best man. The father-son duo groomed themselves in a black tuxedo with a matching bow tie.

Despite the divorce with his former wife, Torrei Hart, the ex-couple are in good terms. The former partner, Torrei took to Instagram to send the newly wedded couple well wishes and greetings. The blended Hart family shares an intimate and strong bond despite the differences.

The famous comedian, Kevin Hart’s son, Hendrix Hart, celebrated his 11th birthday with a Fortnite bash. The famous former couple goes all out for their kid’s birthday party and this year wasn’t any different. The eleven years old Hart was treated to a full-blown Fortnite party which his folks aptly called “Hartnite Birthday Royale”. The former wife and mother of Hendrix, Torrei, was behind a majority of the planning for the shindig and the blended family had a great time together.

Hendrix was with his parents, big sister- Heaven Hart, little brother- Kenzo Hart, stepmother Eniko, family and friends. Besides that, the eleven years old adorable Hendrix also has a thing for acting and comedy just like his father and the rest of his family members. The youngest child and the only son of the Hart family, Hendrix, makes his friends laugh at school and he may as well make a career in the entertainment industry.

The wonderful name “Hendrix” is a famous name for a baby boy. The lovely name “Hendrix” comes from the ancient Germanic personal name Heimirich. The name “Heimirich” is the combination of elements “heim” and “rīc” which has a meaning “home” and “ruler” or “power” respectively. The name was changed to Heinrich by the middle ages and the French adopted the name as “Henry”.