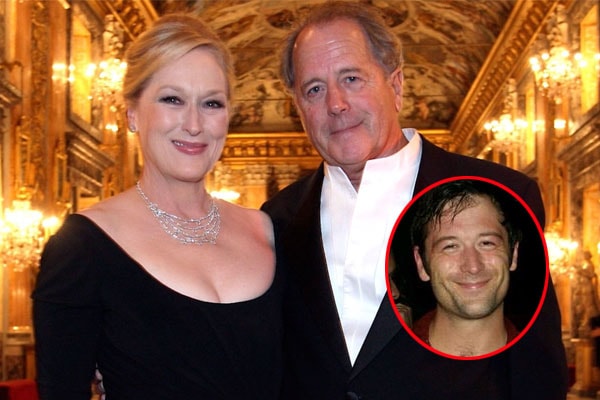 Henry Wolfe Gummer, Meryl Streep‘s son with husband Don Gummer, was born on November 13, 1979. Henry is the first child and only son of Meryl together with partner Don Gummer.

The handsome Henry Wolfe is the eldest among his siblings. He has three younger sisters Mamie Gummer, Grace Jane Gummer, and Louisa Jacobson Gummer.

Henry Wolfe Is A Musician

Meryl Streep’s son Henry Wolfe is an LA-based singer-songwriter. Henry started his musical journey with his involvement in the indie pop band Bravo Silva. Currently, Henry is working as a solo artist. As a solo artist, he has released altogether three albums namely Linda Vista, Encino, and Asilomar. He has also released two EPs The Blue House and Wolf Sings Field.

Unlike his sisters who followed their mother’s footsteps in acting, Henry chose to establish himself as an indie artist. He is enjoying his journey as a singer performing his soulful music in various places. His compositions are indeed mindblowing. Meryl Streep’s son Henry is mostly busy with live performances or recordings.

Besides singing, Henry also has a brief experience working as an actor. He has appeared in movies like The Good Shepherd, Wolfe with an E, Lying. After all, he is the son of Hollywood’s biggest icon, Meryl Streep, and he undoubtedly inherits his mother’s acting skills. If not a singer he would have made it big as an actor just like his superstar mom Meryl.

The handsome Henry is yet to tie the knot. Sneak peeking into his Instagram; it seems like he is in a relationship with someone whose name has not been revealed. His Instagram post of picture of a beautiful woman and a caption that reads ‘My one and only’ is evidence that he is in a romantic relationship.

Henry is a name for a boy which is of German origin. It means ruler of the estate. Similarly, Wolfe is an Anglo-Irish surname. Its English meaning is a wolf.