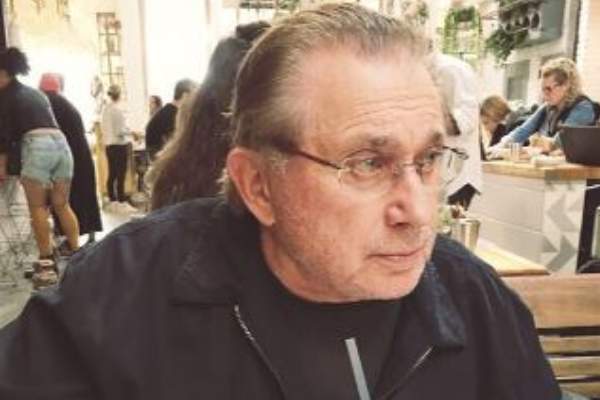 Despite being in the limelight, Herbert Simon preferably lives a low-key lifestyle. The business magnate is a real estate developer and the owner of the Indiana Pacers. Furthermore, he is the chairman of the shopping mall developer Simon Property Group. The multi-billionaire enjoys a massive fortune and a lavish lifestyle.

Moreover, the business mogul enjoys a blissful family with his wife, Bui Simon, and ten kids. Having been married thrice, he shares the babies with his three baby mamas. So, what are all of Herbert Simon’s children doing these days? Let’s get to know more about them.

Sheila Simon is Herbert’s first spouse. It is unknown how long the duo was married, but while they were together, the former pair welcomed two children, son Stephen H. Simon, aka Steve Simon, and daughter Jennifer Simon.

Stephen Is Involved In Business

Herbert Simon’s son, Stephen, attended Indiana University Bloomington. He graduated in 1989 with a degree in general studies, public and environmental affairs. In 1992, he joined Simon Property Group as a development director and resigned in 2000.

Then, from 2001 to 2006, Steve served as a President and CEO at Melvin Simon and Associates. In January 2007, he founded Simon Equity Partners and has been a managing member ever since. Likewise, Herbert’s babyboy serves on the board of directors of the Pacers Basketball Corporation, Central Indiana Land Trust, Conscious Alliance, and HeadCount.

Did you know Stephen calls his dad Herbie? The father and son duo has worked together in business for decades. Simon Jr. has also established himself in the business world and seems to be doing really well.

Jennifer Is A Proud Mother

Just like his son, Herbert Simon’s daughter with Sheila has also been involved in the family organization. She went to North Central High School and graduated in 1982. But, it is not known which university she attended. As per her Facebook description, Jennifer has been serving as a director at Herbert Simon Family Foundation since October 2011.

Talking about her personal life, Jennifer was married to Andrew McQueenie. The former duo welcomed a daughter, Kennedy McQueenie. Unfortunately, the ex-pair separated, and Andrew tied the knot with Pearl McQueenie. Sadly, Jennifer Simon’s ex-husband passed away on January 22, 2021.

While her former spouse remarried, it is unknown if Jennifer got married again. But she seems to be living a content life with her daughter.

After divorcing Sheila, the business mogul got married to Diane Meyer in 1981. The former duo was married for 19 years, and in all those years, they became proud parents of three children, Asher Benjamin Simon, Sarah Elisabeth Simon, and Rachel Mariam Simon. Now, let’s know what Herbert Simon’s children with Diane are involved in.

Sarah Is Also Involved In Business

Herbert Simon’s baby girl, Sarah Elisabeth Meyer Simon, went to New York University, where she studied Bachelor of Science in Communication and Media Studies. Since August 2008, she has been a partner of Apotheke. In November 2011, she founded The Simon Collective, and ever since, she has compiled an impressive list of businesses that have successfully launched in the hospitality, wellness, and retail sectors.

In 2012, Sarah joined The Butcher’s Daughter as the lead partner and has ever since made a contribution to the growth of the brand. Likewise, she has been the co-owner at The Garden Table – Mass Ave since August 2015. A year later, she founded Base Coat Nail Salon, which she owns to date.

However, whether Ms. Simon has married or has already welcomed any kids is unknown. But, she never fails to give a glance at her family life and often shares pictures with her siblings, nephews, and nieces.

Herbert’s only son with Diane has already grown up. As per some sites, he is an artist in Los Angeles. Furthermore, Herbert Simon’s son, Asher, is a married guy. He has been happily married to Kendra Natasha Krull since August 9, 2014. The duo has known each other since 2008. The lovely pair seems deeply in love with each other, and Asher Simon’s wife often gushes about him on her social media.

On August 31, 2020, Asher Simon’s son, Elliott Frederick Charles Simon, was born. His wife, Kendra Natasha Krull Simon, shared the news on Instagram. All in all, the family of three seems to be doing well and living a wonderful life.

Herbert Simon’s Daughter, Rachel, Is A Proud Mother Of Three

Unlike other Herbert Simon’s kids, his daughter, Rachel Mariam Meyer Simon, has remained away from the limelight. As a result, information about her profession remains scarce. However, as per some online tabloids, she is an artist and philanthropist based in Indianapolis.

Talking about her personal life, Rachel is happily married to Hale Stuart. Herbert Simon’s baby girl, Rachel Mariam Meyer Simon Stuart, welcomed a daughter, Zara Stuart, in November 2010. Furthermore, the duo has two sons, and one of them is Solomon Stuart.

After Diane and Herbert got divorced, the businessman tied the knot with Porntip Bui Nakhirunkanok. The couple welcomed two kids and has also adopted three. The adoptive babies are Bui Simon‘s late sister’s kids.

Herbert Simon’s children with Bui are Sean Simon, Tyler Simon, Jacqueline Simon, Andy Simon, and Sophie Simon. Their son, Sean, is the class of 2022 at Brentwood. He currently attends the University of Southern California and will graduate in 2026. In addition, Jacklyn has also completed college and has plans to do fashion.

As of 2022, Herbert and Bui Simon’s daughter, Sophie, was in 1st grade. They all seem to be doing well. However, it is yet to know what profession they will follow in the coming days.

All in all, Herbert Simon’s kids seem to be doing well. We hope they all have successful careers in the coming days. We wish them light and love.

Steve is a masculine name, having British origin, which means “garland, victorious, or crown.” Jennifer has a Cornwall origin, and it means “Fair One or White Wave.”

Having a Hebrew origin, Rachel means “ewe.” The name Mariam came from an Arabic, Hebrew/Israeli word, and it means “drop of the sea, bitter, or beloved.” A female name Jacqueline has a French origin, meaning “supplanter.” Sean means “god is gracious,” and it originated from the Irish.

Coming from Old English, Tyler means “maker or layer of tiles, house builder.” The name Andy means “brave or manlike” and has Scottish origin. Sophie is a form of Sophia and has a Greek origin, and it means “wisdom.”