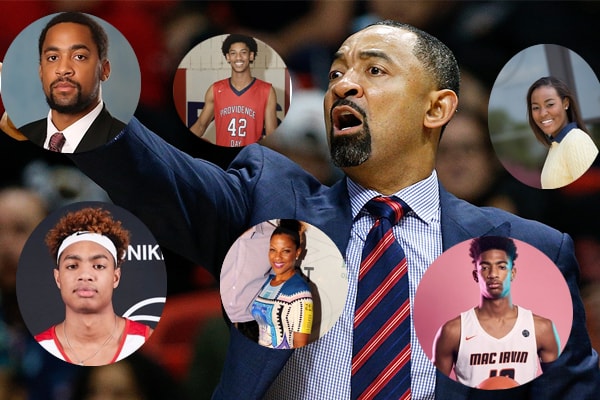 The solid NBA player Juwan Howard is a father to six children. Juwan got his 6 kids from 4 different baby mamas.

Juwan Howard played fabulously in the NBA from 1994 until 2013. Currently, he is a retired man from the league and finally spent some quality time with his family.

Juwan Howard Is A Proud Father To Six Children

Let’s glance at the life of six children-four sons and two daughters of Juwan Howards.

Jace Howard, the son of NBA veteran Juwan Howard, is making his own mark in a basketball family. Of the six Howard children, the 6’6″, 200-pound Jace holds an offer from FAU and San Deigo State.

Blessed to receive an offer from Coach Gates at Cleveland State University! pic.twitter.com/IDPWgzLxtR

Recently, Jace talked about his transfer to Cleaveland State University. Previously at Gulliver Prep, he joined a University program that won the Class 5A state title.

Furthermore, Jace Howard is set to follow in his father, Juwan Howard’s footsteps and is committed as a star prospect, per the 247 sports composite. He further made his father proud as he got in the game against Florida State and drew an -1.

Moreover, Jace Howard’s father, Juwan threw an emphatic pump showed his excitement while his team was stocked for him.

Jett Howard is the youngest son of Michigan head coach Juwan Howard. Jett and Jace have quite certain similarities as both are following in their father’s footsteps. 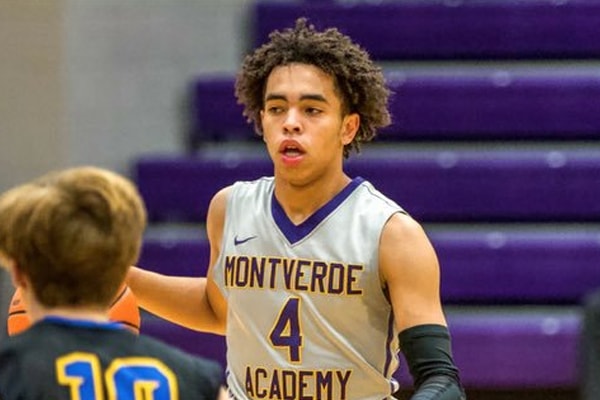 As of 2019, Jett is announced as attending the 2019 USA Basketball Men’s Junior National Team minicamp.

Juwan Howard Jr., born on February 05, 1992, is a forward for the Sioux Falls Skyforce. He hasn’t taken the same Fab Five route through Michigan to the NBA that his father had traveled. He has participated in all 33 games till now, starting 32 for the Titans.

Joshua Howard is the fourth son of Juwan Howard. Joshua is the grandson of Leroy Watson Jr. and Helena Watson. 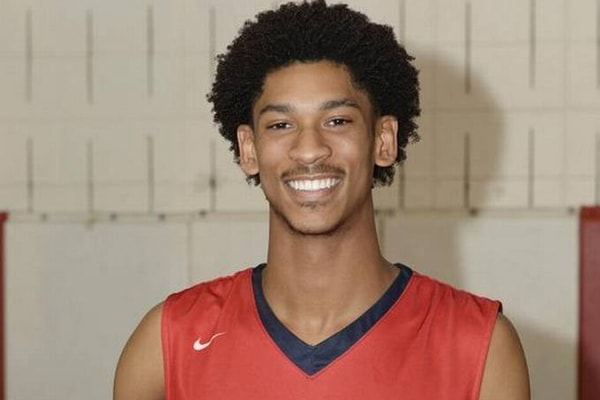 Joshua also chose his father’s basketball career, and he applies the same lifestyle as his other siblings.

Sky Howard is one of the two daughters of Juwan Howard. However, there is no information regarding Sky. It looks like she wants to keep her private life a secret and doesn’t want to reveal anything out to the media.

Starr Howard is the daughter of Juwan Howard and Kristy Wilmot. Being the daughter of an extraordinary basketball player, she also chose a sports career. Starr seems to love playing sports and spend time with family and friends.

Starr is currently enjoying her high school at the Bullis School. She is also playing for the 2019-Freshman Season and has set the record for the game.

Summing everything up, it seems obvious that all Juwan children look up to their father as an idol and are interested in the sports career.

As much as Juwan Howard is respected in the NBA world for his triumphant coaching, he could barely handle Michigan’s loss to Illinois. He clearly had a lot to speak about, especially about Hunter Dickinson’s foul and other calls during the game.

The father of six, Juwan, acknowledged they were outplayed and spoke of being outplayed the night. He further explained that there would be a ‘movie night’ and see what areas the team can improve on. Thus we can imagine monstrous Michigan playing in the upcoming matches.

Furthermore, InsideMDSports.com reported that Howard threatened Turgeon saying ‘I’ll f–ing kill you,’ citing unnamed sources. The two coaches had to be separated by officials after a shouting match broke out in the second half of the Wolverines’ 79-66 win.

According to ESPN, tensions were already high between the teams after their two regular-season games. Thus, Howard insisted that all he intended to do was question a call. But that soon changed into a heated argument after Turgeon said, ‘I’m not going to let you talk to me! You don’t ever talk to me ever again!’ Sounds like an angry girlfriend, eh?

As a result, Howard drew two technical fouls and was ejected with 10 minutes left to play. The Michigan coach later told the reporters, “I was raised by grandma and by Chicago.” He continued, “I don’t know how you were raised, but when a guy charges, you go into defense mode…” and added, “When he charged me, I reacted.”

Thankfully, no formal complaint was filed as per the report. Thus, Howard is not expected to be disciplined and might as well coach in the semifinal against Ohio State.

Jace Howard: Jace is the Greek origin name that gives the meaning of a person who fixes things and makes people feel better.

Starr Howard: Starr is an English name that gives the meaning of Star.

Sky Howard: Sky is an English name that gives the meaning of the uncertain distance high above us.

Jett Howard: Jett is the boy’s name that gives the meaning of free.

Joshua Howard: Joshua is the Biblical name which means “Yahweh is salvation.”