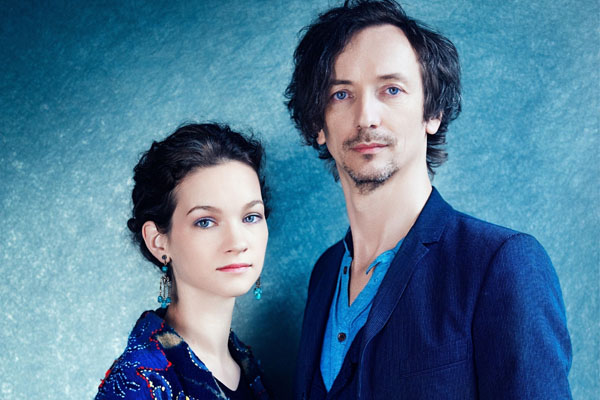 The renowned Violinist Hilary Hahn is a mother of two children that she had with husband, Volker Bertelsmann a.k.a. Hauschka. The name of their elder daughter is Zelda. She was born at mid-summer in 2015. And as for Hilary’s second daughter Nadia, she was born 3 years later in 2018.

Being a woman of high privacy, Hilary hasn’t disclosed any further information about her daughters.

Hilary Hahn’s had left the public in dark about her pregnancy. She made the huge announcement through her Facebook page. Even though Hilary Hahn is very private about her personal life, she said she wanted to share the ‘major life event.’ With the post, she attached a collage of her husband and herself as toddlers.

Later in August, the talented Violinist Hilary posted again in Labor’s Day. She wrote that they had welcomed Zelda, and also thanked well-wishers for their support throughout her pregnancy.

Since the couple is very reticent about their family life, they haven’t uploaded any pictures of their daughter Zelda. Hilary Hahn’s eldest daughter Zelda is nearly going to be four and might probably have joined pre-school.

Likewise, Hilary and her husband haven’t disclosed any information on Nadia as well. Hilary announced the birth of Nadia through her Twitter Page. She posted a picture disclosing the news and captioned it, ‘Some personal news!’

Many of her Twitter followers were quick to congratulate her and wished the family of four all the happiness in the years to come. On May this year, Nadia turned a year old.

The beautiful Hilary Hahn has made sure not to give out any details about them. Hilary has been in the highlight ever since she was 11. The talented Hahn made her major orchestral debut with the Baltimore Symphony Orchestra in 1991. She then performed in bigger cities like Philadephia, Cleveland, Pittsburg, and New York. It is only obvious that she doesn’t want the same experience for her daughters.

Hauschka (Volker Bertelmann), the father of Zelda and Nadia, is also a renowned German composer and prepared pianist maven. Hilary and Hauschka have even collaborated and released an album called, Silfra, in 2012. The pair met in Iceland through American folk musician, Tom Brosseau. The couple is frequently highlighted in the media but have chosen to give their kids a normal childhood.

Zelda is the name of Teutonic origin meaning “Woman Warrior.”

Nadia is the name of Russian origin meaning “Hope”.