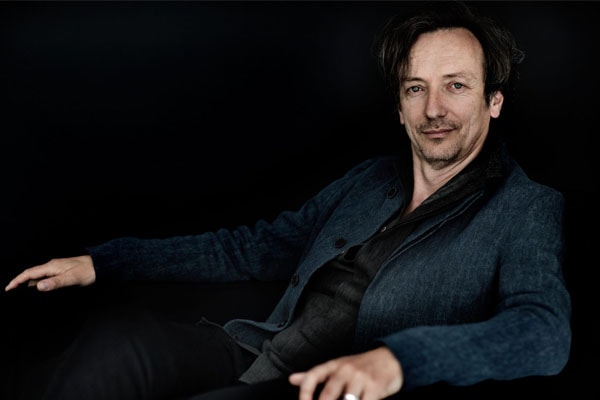 Hilary Hahn‘s husband Volker Bertelmann is a German composer, pianist, producer, and also an artist. He is mainly known by his alias Hauschka. Volker uses the prepared piano as the primary instrument for his compositions. In fact, Hilary Hahn’s husband has been among the film and television industry’s foremost composers.

Volker Bertelmann was born in Kreuztal, Germany in the year 1966. He also has two children, Zelda, and Nadia with Hilary Hahn.

Hauschka Is A German Composer And Prepared-Pianist Maven

Prepared piano refers to a technique employed to alter the sound of the piano. Pieces of paper, marbles, drumsticks, and other objects are placed randomly on the strings or onto its hammers. Hauschka’s prepared piano music includes; The Prepared Piano, Ferndorf, Salondes Amateurs, and Silfra. Besides, Silfra was the first collaboration between him and his wife, Hilary.

The lovely duo met through Tom Brosseau at Greenhouse Studios in Reykjavik, Iceland. Furthermore, the musical prodigy couple has given the world dynamic and unprecedented performances through their collaboration.

The performance is certainly bound to be art when two geniuses come together!

In 2014, Hauschka released  Abandoned City. Later he followed it up with A NDO C Y; a collection of solo improvisations. Then in 2016, Hauschka collaborated with Dustin O’Halloran on the score for the Oscar-nominated film, Lion. The score of the film was also nominated for major awards like the Academy Awards, Golden Globes, BAFTAs and Critics’ Choice Awards.

In 2017, Hauschka released What if, a blend of hip-hop-influenced rhythms with rapid-fire player pianos. His latest release in 2019, A Different Forest, is contrarily a low-key composition compared to his usual albums.

Here is a list of some of Volker Bertelmann’s albums :

Hilary Hahn’s husband uses multiple social media platforms where he frequently uploads his work for the public to enjoy. He is on SoundCloud, Deezer, MySpace, and TuneIn. Moreover, the talented composer also has a Youtube account with over 6,959 subscribers as of June 2019. Likewise, Hauschka is also on  Instagram where he frequently posts his compositions.

Hauschka posted this video announcing of his performance in Sydney on the dates 27th and 28th June. The composer can also be found on the most popular social networking site, Facebook and Twitter.

They are also parents to two daughters named Zelda and Nadia.