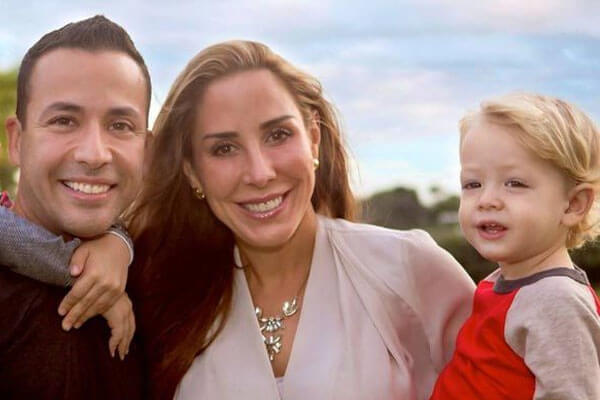 Howie Dorough‘s son Holden John Dorough was born on February 16, 2013. Holden is the second child of the “Backstreet Boy” Howie Dorough with his wife, Leigh Boniello. Moreover, the couple’s eldest child is James Hoke Dorough born on May 6, 2009.

Howie Dorough is living a happy life with his gorgeous wife Leigh Boniello and two sons, Holden John and James Hoke. Fans of Howie love his children as much as they love his songs. Undoubtedly, they are one of the lovely celebrity families.

Howie Dorough’s Yet Another Adorable Son Of Holden John Dorough

Howie Dorough and Leigh Boniello’s youngest son Holden John Dorough is as adorable as his older brother, James Hoke Dorough. The brotherly duo is likely to be confused as twins when it comes to their good looks and friendly nature.

It’s all credit to the happily married couple of Howie and Leigh. They have truly passed down their beauty and personality traits upon their two adorable children. Just like his elder brother James, Holden John is also popular on Instagram among fans of his parents.

Likewise, when it comes to sharing their wholesome and candid pictures, Holden’s mother Leigh takes the trophy. With over 35K followers on Instagram as of May 2019, the mother of two does not miss a chance to show off her two sons for the world to see and admire.

Further, it seems the couple also likes to capture every moment life that they spend with their children. The “Backstreet Boys” father Howie also has his Instagram lit with his sons’ pictures, with over 593K lucky followers who follow him passionately. Furthermore, another Backstreet Boy, Nick Carter, has a son with his wife Lauren Kitt, named Odin Reign Carter.

Holden is a boy name that comes from English, meaning “from the hollow in the valley”.