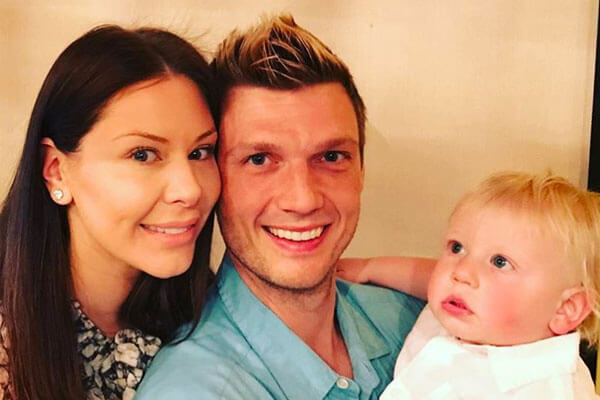 Odin Reign Carter is Nick Carter‘s son with his wife, Lauren Kitt. The “Backstreet Boys” husband and father Nick welcomed his son Odin Reign on 19 April 2016 at his Hidden Hills home in Los Angeles, California. Moreover, Nick’s kid Odin was born in his own parents’ house, which is a lucky thing for a wealthy celebrity kid like him.

Not soon after Odin Reign came to this earth, his parents started showering their social media with his cute and adorable pictures.

On his 1st birthday party in 2017, star child Odin also made appearances on celebrity gossip magazines. No doubt, Nick Carter feels blessed to have a beautiful wife and son to look forward to, as his retirement is nearing.

Undoubtedly, Odin is enjoying his rich parents’ company and lives a lavish lifestyle in his home in Los Angeles. Further, Odin might ultimately want to pursue a career in singing like his father Nick, who is a famous singer of the boy band “Backstreet Boys.” However, Odin Reign could also be eyeing a career in fitness and makeup like his mother.

Unfortunately, after being parents to their lovely son Odin Reign, it seems Nick Carter’s wife Lauren Kitt went through a failed pregnancy. The singer and songwriter revealed the painful news to his fans with a touching message on his Twitter.

God give us peace during this time. I really was looking forward to meeting her after 3 months. 😢. I’m heart broken.

Fans were sad to know about the couple’s loss. Lauren was pregnant with a baby daughter and was due in 3 months before the tragic miscarriage occurred.

Well, the past is the past. Odin would’ve surely loved the company of a beautiful sibling sister. Nick Carter and Lauren remain optimistic about their next pregnancy. Let’s hope everything goes fine for the Carter family and Odin Reign get a sibling real soon.

Odin is a name of the Norse origin, meaning “god or art, culture, wisdom, and law.” Reign derives from the Old French word “reignier,” meaning “to reign.”