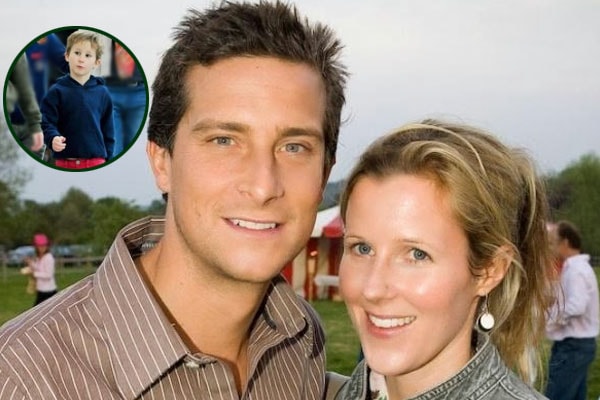 Huckleberry Edward Jocelyne Grylls aka Huck, Bear Grylls‘ son together with his loving wife Shara Grylls was born on 15th of January 2009. Huck’s parents, Bear and Shara Grylls got married in 2000 and the adorable couple is together ever since.

Huckleberry is the third child of his parents. He has two elder brothers named Marmaduke Mickey Percy Grylls and Jesse Grylls.

Huckleberry Edward Jocelyne Grylls Is The Youngest Child In His Family

As mentioned earlier, Bear Grylls’ son Huckleberry is the youngest son in his family. Born in January 2009, Huck weighed in at 7 lbs., 7 oz at the time of his birth. Huck’s parents, Bear and Shara came to the public about Shara’s pregnancy back in November 2008. After the birth, the romantic duo even stated to CBB:

Huck might follow on his father’s footsteps or not, well that just can’t be answered now. As for now, he seems to be in his mid-school. There is absolutely no doubt that the Grylls’ family adores enjoying their vacations and weekends by traveling to mesmerizing natural places.

Huck lives with his parents along with his two elder brothers Jesse and Marmaduke who were born in the year 2003 and 2006 respectively.

Including Huck, All Of The Bear Grylls’ Sons Are Born Survivors

All of Bear Grylls’ children including Huck seem to be born survivors. Well, why wouldn’t it be as they all grew up watching their father become one of the best survival experts of this century.

Huck might also be receiving proper training from his father and elder siblings.

Obviously, Bear Grylls’ son Huckleberry Edward Jocelyne Grylls has a very long name. Let’s break it down and find out the meaning behind his name: