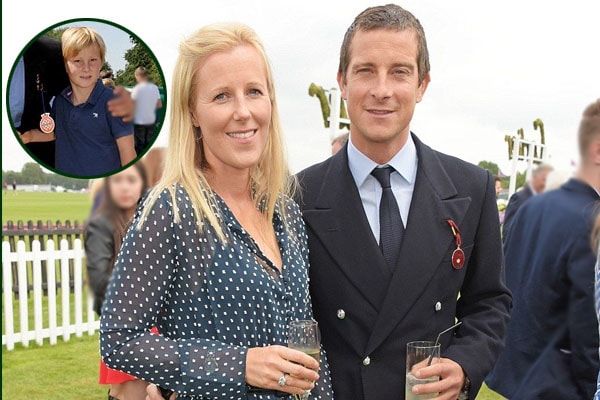 Bear Grylls‘ son Jesse Grylls was born on June of 2003. Bear had Jesse together with his wife Shara Grylls. Jesse’s parents, Bear and Shara Grylls tied their wedding knot back in 2000 and the romantic couple is together ever since.

However, Jesse is not the only child of his parents. He has two brothers named Marmaduke Mickey Percy Grylls and Huckleberry Edward Jocelyne Grylls.

Bear Grylls, a TV survival expert, had abandoned his son, Jesse alone on rocks in the sea back in 2015. 11 years old at that time, Jessie went on together with his adventurer father and Abersoch crew on a training mission. Grylls tweeted a picture of Jesse during his training exercise.

According to the Daily Mail, Bear was criticized by crew manager because Jesse was unaware of the fact. The crew told that there might have been an element of risk.

Later, Bear passed his opinion to The Times, that the stunt had meticulously planned earlier and his son Jesse should be taking more risks in life.

Jesse Grylls Is The Eldest Son In His Family

Bear Grylls’ son Jesse Grylls is the eldest child of his parents. As mentioned earlier, he lives with his parents along with his two younger brothers Marmaduke and Huckleberry who was born in the year 2006 and 2009 respectively. All of Bear Grylls’ s children seem to be born survivors.

Jesse also has an Instagram account and he seems to enjoy traveling to lovely places. He adores Scott jump, parachuting, cycling, bike riding, skateboarding, and many more other adventurous sport. Besides that, he also has skiing knowledge and loves to ski in steep mountains.

Who knows in the years to come, Jesse might follow on his father’s footsteps. As for now, he seems to enjoy his teen life and is in high school.  There is without a doubt that the Grylls’ family enjoys their vacations and weekends traveling to beautiful natural places.

Jesse is a unisex name derived from the Hebrew name “Yishai” which gives the meaning of “gift.”