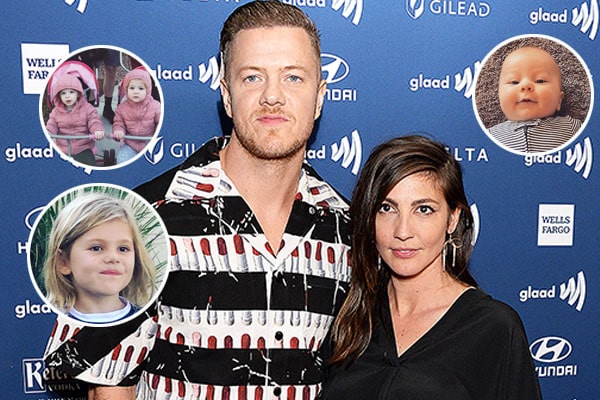 The rockstar and frontman of indie band ‘Imagine Dragons,’ Dan Reynolds is married to Aja Volkman, the frontwoman of the indie rock band Nico Vega with whom he has performed together as an act, in an indie duo group called ‘Egyptian.’ The couple married back in 2011 and had parted ways in April 2018. However, they reconciled in early 2019 after doing some marriage counseling, and since then, they have been going strong.

Arrow Eve Reynolds is the firstborn of Dan Reynolds and Aja Volkman, born on August 18, 2012. Both of her parents, father Dan Reynolds and mother Aja Volkman, are musicians, lead vocalists of Imagine Dragons, and Nico Vega, respectively. They even formed a duo rock indie group the year they married. Arrow was born after a year of her parent’s marriage in 2011. Baby Arrow used to attend her papa’s concert frequently with her mama Aja, attending music events since her early age. We can assume that Arrow Eve Reynolds may have inherited her musician parent’s gene.

Arrow’s dad, Dan Reynolds’ rock indie band hit it big with their 2012 album Night Visions, which features the single “Radioactive.” We can say that the birth of baby Arrow must have inspired papa Dan to write great lyrics and do well with the group in the industry as well.

Dan Reynolds’ twin daughters Gia James and Coco Rae, were born on March 28, 2017. Out of the twins, Gia James Reynolds was born at 8 a.m., weighing six lbs., two oz., while Coco Rae Reynolds arrived at 8:12 a.m., weighing 6 lbs. In an interview with People, papa Dan and mama Aja told that the time period of the twins’ birth was the most magical, restless, overwhelming, and rewarding hours of their lives, and they couldn’t be more in love with their girls.

Twins Gia and Coco’s father Dan Reynolds also revealed that they named their daughter Gia as mommy Aja is a partial Italian and has a brother named Gino. They wanted to give her a real Italian name, so they decided on Gia. As for their daughter Coco, they just liked the sound of the name and decided to keep it.

Papa Dan also revealed many times that his eldest daughter Arrow Eve Reynolds looks after her younger sisters Gia and Coco all the time and spends a lot of time playing together.

Valentine Reynolds was born on October 1, 2019, the year his parents, father Dan Reynolds, and Aja Volkman got back after announcing their split in April 2018. The couple got back after some therapeutic sessions and understanding each other and announced the arrival of the baby boy to the whole world only after two months of their reconciliation. It was revealed that Valentine was named as an honor for Las Vegas shooting victims. Being the only son born in the family of three girls, he must be loved like a little prince by everyone. 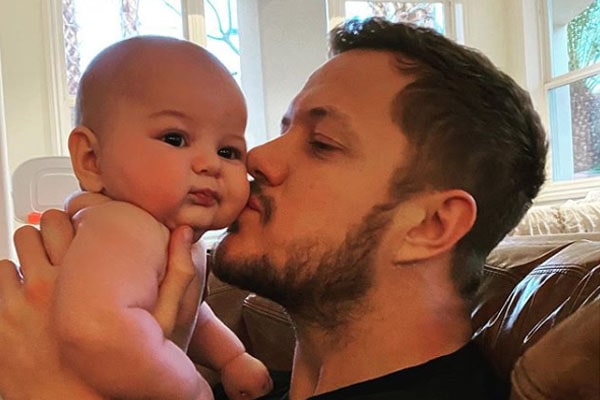 Despite having such busy schedules, Dan Reynolds has always taken out time to spend time with wife Aja Volkman and four kids. He had also announced to take a break for a while from the frontier of Imagine Dragons to focus on being a dad, husband, and friend.  Looking at the couple’s Instagram, we can see that they have a lovely family bond and have been focusing on making memories with the kids.

Dan Reynolds’ Daughter Arrow Eve Reynolds: The name Arrow is of English origin, meaning A Projectile Fired From A Bow. And the middle name Eve is of Hebrew origin, which means “Living.”

Dan Reynolds’ Daughter Gia James Reynolds: The name Gia is of Italian origin, which means God Is Gracious. As for the middle name James, it is derived from Hebrew name Jacobs which means “supplanter,” one who follows.

Dan Reynolds’ Daughter Coco Rae Reynolds: The name Coco is of American origin, meaning Chocolate Bean. And the middle name Rae, it is of Hebrew origin, which means “ewe.”