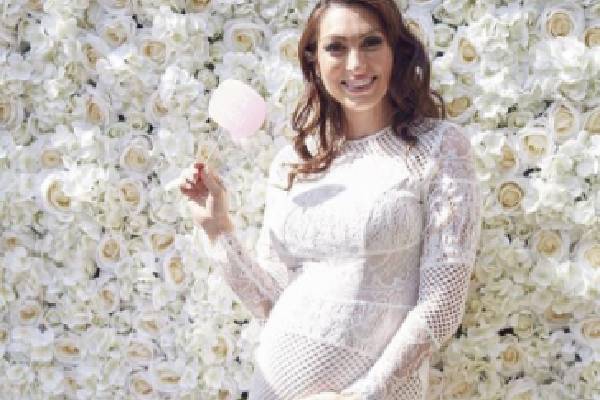 Luisa Christina Kalozois, famously known as Luisa Zissman, is a renowned entrepreneur and reality television personality. Besides, the television star is popular for being the runner-up on the ninth series of The Apprentice and securing the fourth position on Celebrity Big Brother 13.

Apart from her successful journey and milestones in the British entertainment industry, Luisa is a doting mother of three daughters from two different marriages. She welcomed her first daughter, Dixie Zissman, with her ex-husband Oliver Zissman and two daughters, Indigo and Clementine, with her second husband, Andrew Collins.

Adorable child Indigo Esme Collins is the eldest daughter of the television star Luisa Zissman with her beloved partner Andrew Collins. The good-looking couple, Luisa and Andrew, welcomed their little girl, Indigo, on August 2, 2016, at 9:21 pm. The baby girl was born at London’s Portland Hospital.

Indigo’s mother, Luisa, uploaded a sweet photo of her perfectly manicured fingers clutching her newborn’s tiny hand. The happy news came after Luisa spent the night in the hospital and had to be induced over the weekend before her daughter’s arrival.

Congratulations came pouring in for the Apprentice Star after she welcomed her second child. The 33-year-old reality TV star, who was already mom to Dixie from her first marriage to Oliver Zissman, expressed how happy she is returning home from the hospital after being a family of four.

The former Apprentice contestant, Luisa, shocked her fans after she uploaded a photo of her completely flat belly. The photo was posted just one week after giving birth to her second child, Indigo Esme Collins.

The post was full of comments from her fans as they could not believe their eyes. Furthermore, she also revealed that she was going for a horse ride just after a week of her child’s birth.

Luisa Zissman’s daughter has an elder half-sister named Dixie Zissman, who was welcomed by her mother Luisa with her ex-husband Oliver in 2010. Dixie’s parents want to keep their personal life under a wrap, so not much is known about the girl.

However, Indigo’s half-sibling must be living a comfortable life with her mother, step-father, and younger half-sisters.

Aforementioned, Indigo Esme Collins has an elder half-sister and a younger sister. Going through her mother’s social media pages, it seems like Indigo is enjoying the childhood to her best. She is fond of spending time with her sisters playing and visiting different places.

However, Indigo’s mom doesn’t want to let her children grow up being in the limelight. So she posts pictures of her daughter with faces covered.

Andrew Collins and Luisa Zissman’s daughter, Indigo, often travels to various destinations with her parents, half-sister Dixie Zissman and younger sister, Clementine Saskia Collins. She loves going on horse rides. Moreover, Indigo Esme Collins’s parents are more than happy to have been blessed with cute daughters. They often share their sweet memories with their daughters on their social media account.

The name Indigo is of Greek origin, which means Indian dye. Similarly, the middle name Esme is of Old French origin and means to love.