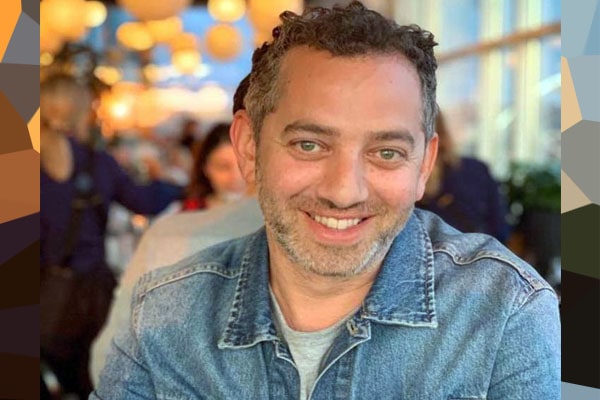 Luisa Zissman, originally Louisa Christina Kalozois, is a beautiful English reality television personality and a retail entrepreneur. The runner-up on the ninth series of The Apprentice, Zissman finished fourth behind Jim Davidson, Ollie Locke, and Dappy on Celebrity Big Brother 13. Since then, she has appeared in several TV programs such as Reality Bites, News Thing, and many more.

The successful businesswoman Luisa Zissman walked down the aisle twice in her lifetime. Currently married to businessman Andrew Collins, Zissman was previously in a marital relationship with entrepreneur Oliver Zissman.

Oliver Zissman married reality television star Luisa Zissman in late 2009 in a private ceremony attended by only a few of their friends and family members. They met for the first time when Oliver’s brother hired Luisa to join their sports equipment firm. Oliver and Luisa dated for a while before deciding to tie their marital knot.

However, soon after some years of Oliver Zissman and Luisa Zissman’s marriage, various marital issues haunted their relationship. Moreover, Luisa found out that her then-husband, Oliver cheated her with another woman whom she employed as a manager in her St Albans bakery. As a result, they parted ways and officially ended their five years of marriage in 2014.

Oliver and Luisa Zissman’s reason for their divorce on the decree nisi was two years separation with both party’s agreement. Luisa told the media that they were not happy with their marriage. So, both thought it was a kind of good thing that they separated.

As mentioned earlier, Luisa Zisssman’s ex-husband, Oliver Zissman, cheated on her with another woman. However, she told Daily Star magazine that she doesn’t hold a bad feeling over it. Luisa added that people have affairs, and it was barely the end of the world. Moreover, she praised her estranged husband’s mistress for saving her from their sexless marriage.

According to Luisa, she and Oliver needed to part, and Oliver would never have gone if he did not have someone else. She added that she thought it was a bit bad. However, she is secure, and she just doesn’t care about things like that as she believes herself a quite masculine and unemotional lady. So, Luisa said that Oliver’s lover did her a favor. Oliver also publicly admitted having an affair behind his ex-wife’s back.

During a talk with Daily Star, Luisa revealed that she and her ex-husband regularly attended sex parties where they enjoyed o*gies with up to thirty people while they were still married. In 2013, Luisa Zissman’s ex-husband, Oliver Zissman, confessed that he and Luisa took cocaine during the ‘wild’ group sex sessions organized by swingers’ party firm Killing Kittens.

However, the reality TV star Luisa said she found the X-rated nights dull, and their sex life fizzled out. But, still, she does not regret being so open about those night outs one bit. For Luisa, it is not wrong for a woman to be open about sexuality or sex as most women in her country are too prudish to do it.

Soon after separating from Oliver, Luisa Zissman rejoiced a six-month romance with Apprentice co-star Jordan Poulton. She enjoyed being single after that. However, Luisa did not stay single for long. She married the Irish businessman Andrew Collins in 2015, with whom she has two daughters, Indigo Collins and Clementine Collins.

Luisa Zissman’s former husband, Oliver Zissman, also tied his marital knot with his long-time girlfriend, Johanna Zissman, in September 2016. The husband-wife duo, Oliver and Johanna, often share their pictures on their respective social media accounts. Seeing their photos, it seems like the couple are so much in love with each other and are content with their happily married life.

A Proud Father To Three Kids

Oliver Zissman has a daughter, Dixie Zissman, with his ex-wife, Luisa Zissman. The formerly married pair, Oliver and Luisa, welcomed their only child together, Dixie, a year after their wedding in 2010. After their divorce, Dixie seems to be living with her dad, Oliver, and her step-mom, Johanna Zissman. Seeing the pictures of Johanna and Dixie together, it seems like Dixie has adjusted well with her step-momma and loves her as much as she loves her biological mom.

Lazy Sunday with my mini angel before heading off to the St Albans Christmas Light Switch on. pic.twitter.com/DRLdDolMTs

A Former Co-Founder & Partner Of The Baker Shop

Luisa Zissman’s ex-husband, Oliver Zissman, co-founded The Baker Shop with Luisa in 2009 while together as husband and wife. He actively served as a partner and chief operating officer at his ex-wife’s bakery business for some years and left it in September 2014. After leaving The Baker Shop, Oliver co-founded That Design Store, a contemporary interior design store in St Albans, in November 2014. He and his business partners sold the store, which worked with brands like Tom Dixon & Aesop, in 2016.

Before founding The Baker Shop with Luisa, Oliver Zissman was the co-founder and director of Total Fitness from November 1997 to March 2010. It is the first company which he founded when he was just eighteen. Currently, Total Fitness is a multi-million-pound business, with eight locations throughout Ireland and the United Kingdom.

At the moment, Oliver Zissman is running Beyond Living, the exclusive UK distributor for a growing number of perfectly curated lifestyle brands, as its managing director. His company distributes useful, design-led, and awesome brands like Rivsalt, Supertea, Real Wine Gums, Candle Hand, ACME, and many more over 1250 stores throughout England and 85 countries worldwide.

Mr. Zissman is currently one of the well-known entrepreneurs of the United Kingdom. For his contribution as a businessman, Zissman received the UK Young Entrepreneur of Year award in 2004 from Sir Philip Green and Sir Richard Branson.

Besides, the former member of the Jewish Care Next Generation Committee, Oliver Zessman, is a philanthropist also. He proudly finished the 2013 London Marathon and raised ($6936.92) £5,000 for a good cause.

Currently, both Luisa and her ex-husband, Oliver Zissman, are happy with their current life partners. We hope despite the divorce, the two are still close to each other as good friends.