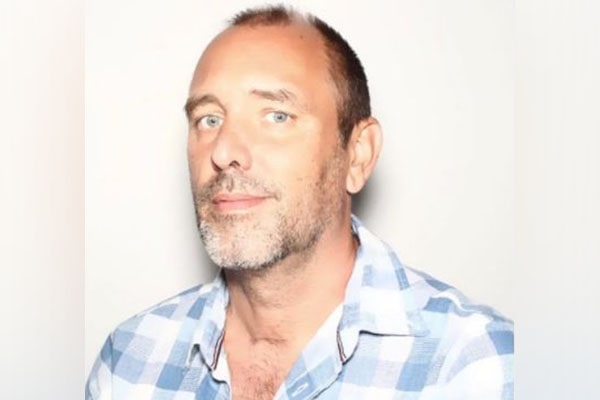 Trey Parker, known for co-creating the popular American animated sitcom South Park with Matt Stone, is an American actor, animator, composer, and filmmaker. Apart from the sitcom, he and Matt Stone have also co-developed The Book Of Mormon, a musical comedy with book, music, and lyrics. Trey has received several awards and accolades from the different works and projects that he has been involved in.

Trey Parker has achieved significant success professionally. However, his personal life does not seem to be that successful. He got married two times, and both of his marriages failed. Trey Parker’s love life has always been an interesting topic, and fans are curious to know about his first spouse Emma.

So, let’s learn more about Trey Parker’s ex-wife, Emma Sugiyama, and her whereabouts.

Were Married For Only A Few Years

Despite the immense fame and popularity that Trey has accumulated professionally, his love life could not be successful. Although he got married twice, both of his marriages failed after a certain time. Trey and his second wife, Boogie Parker, divorced each other after five years of marriage, in 2019.

Before exchanging the vows with Boogie, he was married to Emma Sugiyama. According to various sources, the former couple dated for some time before tying the knot. Due to their secretive nature, details regarding their relationship and when they began their relationship are unknown. However, at many events, the now-former pair were spotted together as a couple.

According to GazetteDay, Emma and Trey got engaged at George Clooney‘s Lake Como mansion in Laglio, Italy. They tied the knot in 2006 in Hawaii and Norman Lear performed their marriage ceremony. However, 2 years after their marriage, in 2008, they decided their split and filed for divorce. In 2010, Trey Parker and Emma Sugiyama’s divorce was finalized. According to Vice, Trey’s alleged relationship with Boogie Tillmon was the reason behind their divorce. Emma might have received significant money as her alimony. Furthermore, Trey does not have any children from his first marriage.

Following the divorce, the ex-pair moved on in their life. Emma’s ex-husband Trey got married to Boogie Tillmon, a former exotic dancer. However, it is not sure if Emma got married or not. But we can hope that she is doing great for herself.

Aforementioned, Trey Parker has been married twice in his life. His first marriage, with Emma Sugiyama, lasted only for two years, and his second marriage, with Boogie Tillmon, lasted for five years, and they have a daughter named Betty Boogie Parker.

Trey Parker’s former partner, Emma, was born on October 9, 1970, in Japan. She came into prominence as the wife of a famous personality in Hollywood, Trey Parker. According to various sources, Emma is a Japanese socialite. Furthermore, she also used to make several public appearances with her ex-husband Trey Parker while together.

Well, Emma might have made good connections with various Hollywood personalities through her husband. And those connections must have helped her after the divorce with Trey.

Trey Parker and Emma Sugiyama divorced each other in 2010, citing irreconcilable differences as the reason behind their divorce. However, the specific reason behind their separation is quite unknown. Unlike Trey, Emma seems to be a private person. Even when they were together, Emma preferred a private life away from media and the spotlight. Following the divorce, Trey Parker’s ex-wife has managed to keep her away from the limelight. While it is known that Trey got married for the second time, it is still a mystery if Emma is married or dating anyone.

Trey Parker’s former partner Emma Sugiyama seems to be preferring low-key life and must be enjoying her private life. Nevertheless, she must be doing great for herself. We hope to know more about Trey Parker’s first wife, Emma, in the coming days.