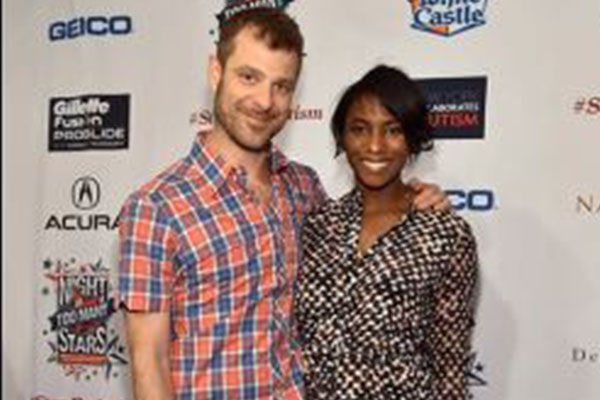 Born Matthew Richard Stone, Matt Stone is an actor, animator, filmmaker, and composer from America. He came into prominence for co-creating the American animated sitcom South Park along with Trey Parker. They also co-developed a musical comedy named The Book of Mormon. Matt has voice acted in several movies and series. Not only these, but he has also worked as a filmmaker in various films and series. Matt Stone is a well-known name in the entertainment industry, and he has gained immense popularity and fan following around the world.

Matt Stone has achieved significant success in his profession, and he is still dedicated to his career. So there’s no doubt that he will gain even more fame and wealth in the coming days. Apart from his excellent career, he is a loving partner and doting father. He shares a happy marital life with Angela Howard, and they together have two children.

Matt has been known as one of those celebrities who prefer a private lifestyle away from the media and limelight. Fans are left with curiosity regarding his personal life. So here, let’s learn more about Matt Stone’s wife Angela Howard and their lovelife.

Dated Awhile Before Tying The Knot

As stated earlier, Matt Stone shares a blissful marital life with Angela Howard. Their beautiful story began back in 2001 when they first met each other. Some times after their first meet, the adorable pair began their relationship. After dating each other for 7 years, the lovely duo finally tied the knot in 2008.

As of 2021, it’s been 12 years since Matt Stone and Angela Howard exchanged vows, and their marital life is still strong, and the duo is madly in love with each other. They are also known as one of the well-known interracial couples in the entertainment industry. Furthermore, the Stone couple is proud parents of two children, whom they are raising with great love and care.

Angela Howard and Matt Stone are happily married since 2008. The loving pair has two children from their marital life of a decade. As both of them prefer to keep their private life away from media, their children have also been a mystery for many people.

According to NY Mag, Matt Stone welcomed a son with his partner, Angela, who was one year old by 2011, while the identity of his other kid is still unknown. Well, being in the spotlight might permanently spoil a kid’s childhood, and thus, the decision to raise their babies away from media scrutiny is pretty plausible.

While talking to the Guardian, Stone admitted that he loves his kids massively and thought he’d be a total ‘softie’ after having babies. However, the animator revealed that wasn’t the case.

Therefore, one can easily guess that Matt and Angela Stone’s children are obviously be surrounded by hilarious, talented, and creative people every day.

Angela Howard is a doting mother of two and a great partner to the South Park co-creator. Professionally, she is also involved in the entertainment world. According to various sources, she was a Comedy Central production executive when she met Stone for the first time in 2001. Because Angela prefers confidentiality, it is not sure if she’s still a Comedy Central production executive or not. It is possible that she might have changed her profession. However, like much of her life, Angela’s current professional status is also a mystery.

Accompanies Her Husband To Various Events

Angela Howard is a supportive and caring partner. She came into prominence as the lovely wife of the co-creator of the famous American animated sitcom South Park. Matt Stone makes several public appearances at events, premieres, award functions, and many others. He is accompanied by his supportive wife, Angela Howard.

In 2018, Matt and Angela attended the NYU Langone Health’s 2018 FACES Gala at Pier Sixty at Chelsea Piers in New York City. Similarly, Stone was accompanied by his wife at BAFTA LA  2012 Britannia Awards at The Beverly Hilton Hotel in Beverly Hills, California.


Besides these, Angela has attended various other events and ceremonies along with her husband. Despite the immense fame that Matt has achieved in his profession, he seems to prefer a life away from the media and the limelight. And as we have already stated, Angela is also secretive regarding her personal life. The lovely pair does not seem to be active on social media. Due to this, further information regarding their lovelife is quite unknown. However, they are undoubtedly doing great for themselves.

But we can hope to know more about Matt Stone’s wife Angela Howard in the days to come.