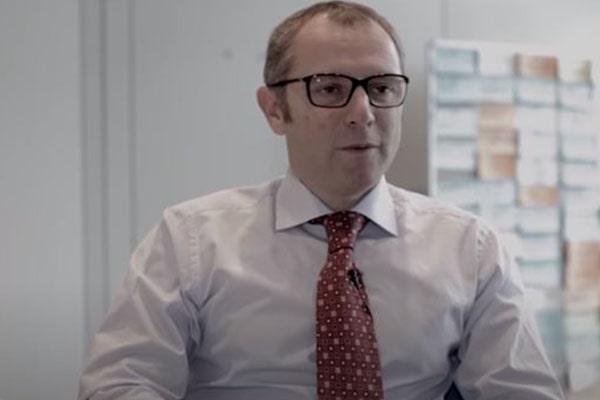 Stefano Domenicali, born in Imola, Italy, is a manager and the current CEO of Formula 1. Stefano, who is the former CEO of Italian sports car manufacturer Automobili Lamborghini S.p.A., replaced Chase Carey and became Formula 1’s CEO. Besides this, he has also worked as the Scuderia Ferrari Formula One team’s team principal from 2008 to 2014.

Stefano has gained immense fame and wealth through his work as the CEO of various Formula One teams. He is a family person and loves to spend quality time with his family. He shares a blissful marital life with Silvia Colombo.

Stefano Domenicali is a well-known name in the sports world. He has amassed immense fame and millions of dollars as a fortune. As stated earlier, Stefano Domenicali shares a blissful marital life with his wife, Silvia Colombo. The two got married in May 2011, and since then, their marriage is going strong.

Silvia and Stefano got married in Vedano al Lambro, in the Monzese, which is the birthplace of Silvia. In their decade-long marriage, the duo welcomed their two children, whom they are raising with great love and care.

Has Two Children Together

As stated earlier, Stefano and Silvia have been married for around a decade. In their blissful marital journey, they extended their family by welcoming two children. Martino Domenicali and Viola Domenicali.

Despite the immense fame that he has gained, Stefano prefers to keep his private life away from the media and the spotlight. Nevertheless, Silvia’s son and daughter, with Stefano Domenicali, must be doing great for themselves.

Father Is A Well-Known Photographer

Stefano Domenicali’s wife, Silvia Colombo, came into prominence due to her marriage with the Formula 1 CEO. However, Silvia herself comes from a reputed family. She is the daughter of Ercole Colombo, a well-known name in the F1 world. He is one of the most skilled and successful photographers in F1 history. Silvia’s father, Ercole, has gained considerable fame and fortune from his profession as a photographer.

As the daughter of one of the most popular motorsport photographers, Silvia must have been introduced to the racing scene at an early age. Hence, it comes as no surprise that she is now married to the CEO of Formula 1.

As stated earlier, Silvia Colombo has gained popularity as the wife of the businessman Stefano Domenicali. She has made public appearances with her husband at various events, premieres, and ceremonies. In December 2017, Stefano Domenicali’s wife Silvia Colombo attended Lamborghini URUS World Premiere in Sant’Agata Bolognese, Italy. Apart from this, she has accompanied her husband to other ceremonies as well.

Just like her husband, Silvia is also related to the F1 world. As mentioned before, Silvia’s father, Ercole, is the king of F1 photographer, and her husband, Stefano Domenicali, was the CEO of Lamborghini. She has also worked alongside Michael Schumacher, making her one of the only three women in his team at that time.

Despite the popularity that she has gained as Stefano Domenicali’s wife, Silvia seems to prefer a private life away from the limelight and the media. She has also made her Instagram private, due to which much information about her is unknown. However, we hope to learn more about her in the days to come.