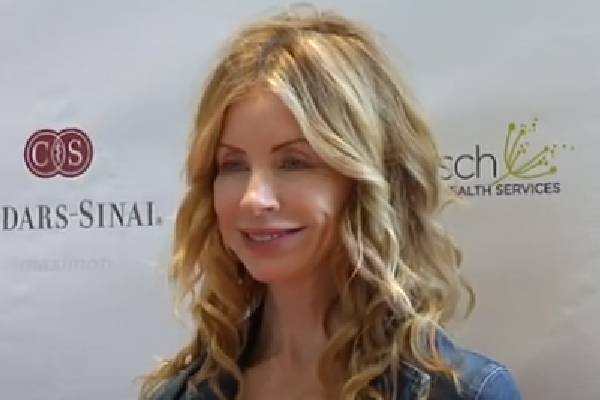 Hardly few music fans across the world are unaware of Bruce Springsteen. Born as Bruce Frederick Joseph Springsteen, Bruce is an American singer who is noted as both a solo artist and leader of the band E Street Band. Having started his career in the late 1960s, Bruce or The Boss hasn’t given any sign of slowing down in the industry.

The energetic musician is also noted for his relationships. He has been married twice, first to Julianne Phillips, and now he is living a happy married life with his loving wife, Patti Scialfa, and three children, Evan James Springsteen, Jessica Rae Springsteen, and Sam Ryan Springsteen.

Here, meet the talented musician’s ex-wife, Julianne Phillips, and the reason behind their separation.

Bruce Springsteen’s Ex-wife Is An Actress

Bruce Springsteen’s ex-wife, Julianne Phillips, was also a popular model and actress in the 1990s. Although she started her career in the early ’80s, she was recognized for being the lover of famous singer Bruce Springsteen and later as his wife. She got the inspiration to step into acting from her father, William Phillips. The support and inspiration from the family made Julianne a successful personality later. And, she is famous for the role of Frankie Reed in the series Sisters.

Julianne Phillips’s enchanting beauty made her one of the top models and actresses in the industry.  Although Phillips appears very little in the entertainment industry now, she does appear in a few shows. This shows that she still loves the profession that made her gain popularity and wealth in the first place.

The celebrated singer Bruce Springsteen met his first wife, Julianne, in October 1984. Although the singer had already been a good friend of Patti Scialfa, he was introduced to Phillips during the E Street Band Tour In Los Angeles. The two met when Bruce was at an essential phase of his career, and Julianne struggled to be noticed in the entertainment industry. One of the legendary musicians of all time, Bruce, described Julianne as a tall, blond, educated, and beautiful young woman in his autobiography Born To Run, released in 2016.

The ex-pair had walked down the aisle on May 13, 1985. The marriage ceremony was arranged at Our Lady Of The Lake Catholic Church in Lake Oswego, Oregon. The former couple married despite their eleven-year age difference. Bruce Springsteen’s ex-spouse looked beautiful on their wedding day, and the pair were eager to start their life together.

The then-partners enjoyed a blissful marital life for four years before they called it quit in 1989.

Reason Behind The Divorce Of Bruce And Julianne

Aforementioned, Bruce and Julianne could not hold their marriage for a longer period of time. As their marriage had huge media attention, the divorce also garnered the same attention after his subsequent marriage to his bandmate, Patti.

The renowned actress Phillips filed for divorce in 1988 in Los Angeles Superior Court, citing irreconcilable differences. Surprisingly, there was no mention of her husband’s romance with his bandmate.

Bruce and his former wife, Julianne, could not be together for a longer time due to a lack of trust in their togetherness. Springsteen also described his unhappiness in the relationship in his album Tunnel Of Love, which was released in 1987In his biography Born To Run, Bruce seems to convince himself that Julianne had tried to use him to get further into the career, as he was already an established musician during that point in time. Yet, this was not the fact.

The lack of trust and understanding made the relationship deteriorated, and Bruce became closer to his bandmate, Patti. After sharing the vows with Julianne, The Boss realized his real love was the fierce red-headed bandmate, Patti.

However, Bruce never wished anything wrong for his ex-lover, Julianne. The ex-pair had also kept their separation private until the news about their divorce was released. This public attention towards their personal matter made them both heartbroken at that moment.

Although Julianne helped Bruce deal with their problems in good faith, he feels bad when Julianne had to go through a terrible situation only because of him. The ex-partners also handled their issues properly, divorced, and went on to live their happy life. Still, Bruce feels terrible for failing to be a good husband and an understanding partner to his first wife.

Julianne Phillips and Bruce Springsteen’s divorce was a public matter so, it is known that their divorce settlement was one of the most expensive ones. While there are no exact details about their settlements, Celebrity Net Worth notes that Julianne collected an impressive sum of $20 million after the proceedings.

In addition to the settlement, amount Bruce Springsteen’s former spouse also earned a considerable sum herself. Phillips was one of the most successful models in the 80s and reportedly earned $2000 per day. As a result, Julianne Phillips’s net worth is estimated to be around $30 million.

Even though Bruce Springsteen’s ex-wife, Julianne, became popular during the relationship with him, she prefers to stay away from the media coverage. By the time their divorce finalized, Phillips was promoting her upcoming film Skin Deep. But she was forbidden to speak about her relationship and divorce. She also mentioned in an Interview about her private life and her set rules she follows.

The beautiful actress is also not involved in Social media sites as she is a confidential person. She is not found active on any of the social media platforms from which her fans can be aware of her personal life. Despite having a little information about Julianne’s whereabouts, we hope she is doing pretty well and living a comfortable life.