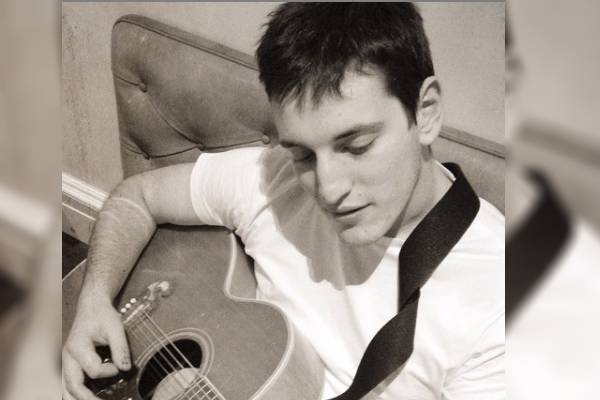 Born as Bruce Frederick Joseph Springsteen, Bruce Springsteen is an American singer, songwriter, and bandleader. He is also famous for writing songs about his youth in New Jersey and average people and their everyday struggle. He received positive reviews for his early 1970s albums. Although his musical career has crossed over half-a-century still, there is no sign of him slowing down.

The well-recognized stage performer is also a family man with a loving wife, three children, caring parents, and two beautiful sisters. Besides his career, the energetic musician is also popular for his relationships. He had dated American actress and model Joyce Hyser, Lynn Goldsmith, and Karen Darvin. He also got hitched with an American actress, Julianne Phillips, for four years. Now, he is in a happy marital relationship with American singer Patti Scialfa since 1991. Bruce has three kids with his second wife, Patti.

Let’s know some facts about one of Bruce Springsteen’s sons, Sam Ryan Springsteen.

Third Child Of Bruce Springsteen With His Wife, Patti Scialfa

Bruce Springsteen is undoubtedly the best in the music industry but is a great father as well. Bruce Springsteen and his partner, Patti Scialfa, had their first son, Evan James Springsteen, on July 25, 1990. After the birth of their first child, they married on June 8, 1991. On December 30, 1991, they welcomed their second child, Jessica Rae Springsteen.

Sam Ryan Springsteen followed his elder brother and sister on January 5, 1994, and made the family complete. Unlike his parents, he traced his love for firefighting and pursued a successful career in the same field. Let us talk about Sam Ryan Springsteen’s achievement as a firefighter.

Bruce Springsteen’s kid Sam Ryan Springsteen is officially a Jersey City firefighter. According to CNN, he is a graduate of the Monmouth Country Fire Academy and also a member of the all-volunteer fire company in Colts Neck, where the family lives. The talented kid also attended five months of training at the Morris Country Public Safety Training Academy.

Sam Springsteen was sworn officially with New Jersey City Fighter’s title on January 14, 2020, during the City Hall ceremony along with fifteen others. The celebration was attended by his parents where they praised his hard work and dedication. Sam’s parents embraced him and expressed their happiness after watching him in the uniform.

As stated above, Sam is enjoying a very successful career as a firefighter. The New Jersey firefighter’s net worth still needs to be calculated. So the exact fortune accumulated by Bruce’s son is not known yet. According to ZipRecruiter, the average annual pay for a Firefighter in New Jersey is $43,757.

Nevertheless, Sam must have had a comfortable life as his father, Bruce Springsteen has a net worth of $500 million Let’s see if Sam will also be able to amass such a sum like his father or not.

We are aware of the fact that Bruce Springsteen was involved in a number of relationships and got married twice. The American artist Bruce Springsteen met his second wife, Patti Scialfa, at a well-known bar and music venue in New Jersey called The Stone Pony in the early 1980s. After watching her performance for the first time, Bruce liked her voice and became friends. The gorgeous performer also joined the E Street Band in 1984 with Bruce.

The power couple announced their relationship after Bruce Springsteen broke up with his first wife. Just then, they moved to Los Angeles, where they had their first child, Evan James Springsteen. After their first child’s birth, they decided to strengthen their relationship and created a family bond. The lovely couple got hitched in a private ceremony with only family and close friends’ attendance at their Los Angeles home. Afterward, they decided to have two more kids.

According to Yahoo Finance, the iconic singer Bruce Springsteen describes his wife as an enormous love source in his life.

Elder Brother Is Also A Singer

As we know that, Sam Ryan Springsteen is the youngest child of Springsteen’s family. He is blessed with his elder brother and sister.

Sam’s elder brother, Evan James Springsteen, graduated from a private Jesuit research university, Boston College, with a music degree. Since he has a passion for music, he writes and performs his own songs. The singer also won the 2012 Singer/ Songwriter Competition held during the Boston College’s Arts Festival.

Evan also worked as a program director and festival producer at Sirius XM Radio. Nowadays, Evan continues to stay out from the limelight, So, not much is known about his personal life. However, he must be enjoying his life to his fullest.

His Sister Is An Equestrian

Sam Ryan Springsteen also has an elder sister, Jessica Rae Springsteen, who is an American equestrian. She is also well-known as a showjumping champion rider representing the United States Equestrian Team in International competitions. The lady equestrian started riding when she was four years old. At that time, she used to do ride a horse kept on her 300-acre Stone Hill Farm in Colts Neck, New Jersey.

During her teenage days, she competed in several programs and has won several medals. Besides, she graduated from a private research university, Duke University, on May 11, 2014. Later, she also did some modeling and was named the equestrian ambassador for Gucci’s luxury fashion house.

Sam’s sister spends most of her time with her horses. In her free time, she seems to spend quality time with her loved ones. There is no doubt that the brother-sister duo has an extraordinary bond. She is the only child of Springsteen’s family who is seen active on social media. Jessica frequently keeps on sharing photos from her professional equestrian events.

Sam Springsteen’s sister, Jessica, made her Olympic debut in the 2020 Olympics and won a silver medal in the team jumping event. The Springsteen family was cheering from their home and Sam is undoubtedly proud of his sibling’s achievement.

The successful firefighter, and Bruce Springsteen’s son, Sam Ryan Springsteen, was in a relationship with Emilie Winter in the past. The ex-lover spent a lot of time traveling and creating good memories. The former couple must have planned for their engagement during their togetherness but could not work on their plan.

As stated above, the relationship between Sam Ryan Springsteen and his ex-partner is now history. It is unclear when and how the pair broke up and but they have moved on with their life. Moreover, Sam’s ex-sweetheart, Emilie Winter, is in a new relationship and she never gets tired of posting her photos with her present partner and express her love on her Instagram.

On the contrary, Sam could be possibly single and is focused on his career. He has also set his Instagram to private and keeps his information confidential, so it is hard to know more about him.

Nevertheless, Bruce Springsteen’s son, Sam Ryan Springsteen, is living his best life, enjoying time with his beloved ones and with his career.