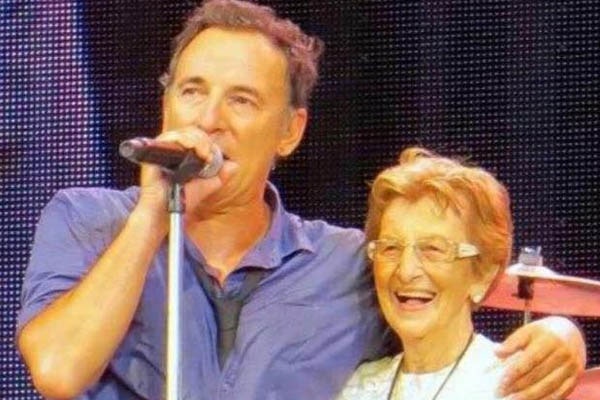 Bruce Springsteen is a well-recognized face to music fans around the globe and to those who are in the music industry. The American singer, songwriter, and musician Springsteen is both a solo artist and a part of the E Street Band. He received good reviews for his early 1970s albums and gained fame worldwide after releasing his third album, Born to Run, in 1975. His musical career has crossed over half-a-century and still, there is no sign of him slowing down. Nicknamed The Boss, Springsteen is mainly popular for his energetic stage performances and poetic, socially conscious lyrics that address the working-class American’s struggles.

Originally From The Bay Ridge

The legendary musician, Bruce Springsteen’s parents, raised him in Freehold, New Jersey, residing on South Street. However, you might be surprised after knowing that Bruce Springsteen’s mother, Adele Ann Springsteen, is not originally from New Jersey. While appearing on an episode of The Jimmy Kimmel Show in 2019, Bruce revealed that his mom’s family is from Bay Ridge, Brooklyn.

Bruce Springsteen’s mother, Adele Ann (then Adele Zerilli), was born on 4 May 1925 in Brooklyn. While writing about Bruce Springsteen’s Bay Ridge roots on The One and Only Bay Ridge Facebook page, James McCormack mentioned that Adele resided on Bay Ridge Parkway with her family until 1940. Later, Adele, with her parents and sisters, relocated to Freehold, New Jersey, where she found her future husband, Douglas Springsteen.

Hence, though Adele Ann Springsteen stayed with her husband and family in Freehold, New Jersey, her hometown is actually Bay Ridge. She was ‘Born To Run’ in Brooklyn.

The former legal secretary, Adele Ann Springsteen, has two more kids besides her celebrity son, Bruce Springsteen. She has two daughters, younger than Bruce, named Virginia Springsteen Shave and Pamela Springsteen. The latter worked briefly as an actress in a couple of films, including Sleepaway Camp II: Unhappy Campers and its sequels. However, Adele’s daughter, Pamela, left her acting career to pursue a career in photography.

All the three kids of Adele Ann Springsteen with her husband, Douglas Springsteen, are married and have children. Her eldest, Bruce, is married to the American singer-songwriter Patti Scialfa and has three kids, Evan Springsteen, Jessica Springsteen, and Sam Springsteen. Jessica won a silver medal in the team showjumping category during the ongoing 2020 Tokyo Olympics.

Similarly, one of Adele Springsteen’s daughters, Pamela Springsteen, is in a marital relationship with Bobby Roth and has a daughter, Ruby Roth, with him. Her other daughter, Virginia, married her boyfriend, Michael ‘Mickey’ Shave, soon after completing high school.

Bruce Springsteen’s mother, Adele Springsteen, loves spending quality time with her children and grandchildren. Though she reached 96 in 2021, she still attends musical concerts of her son and dances along with other attendees energetically.

Watch ‘Springsteen on Broadway’ now only on Netflix, and get the live soundtrack album available everywhere now. pic.twitter.com/mOCnt0aGkR

On 15 April 2018, Adele celebrated her 93rd birthday in a very Jersey rock ‘n’ roll style. She attended her favorite, Eddie Testa Band’s performance at the Wonder Bar, located in Asbury Park, with her celebrity son, Bruce. She and her son swayed to Eddie and his crew for a couple of songs. Her grandson, Sam, had also accompanied them on that special occasion.

Later, after some weeks, the mother-son duo again attended another performance of Eddie Testa, which took place at the Patio Bar at Jack Baker’s Wharfside Restaurant, Point Pleasant Beach. And they did not miss their chance to dance together to her favorite band.

Bruce Springsteen’s mother, Adele Springsteen, has had Alzheimer’s for the last ten years. But, still, her desire to dance is something that has not left her. So, whenever she visits her children, every one of them makes sure the music is on.