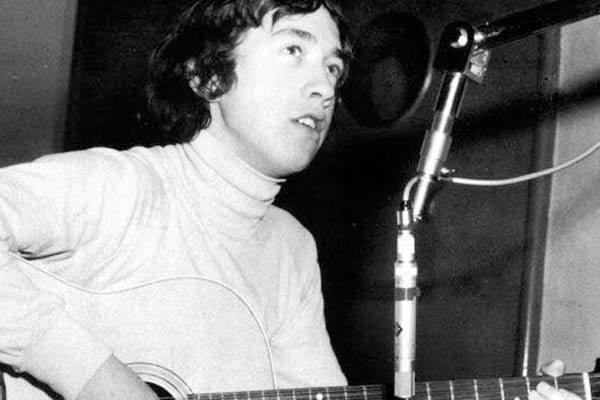 George Young is one of the most noteworthy figures in Australian music industry. Image Source: Social Media.

Born George Redburn Young, George Young was a Sydney, New South Wales-native songwriter, musician, and record producer. He played a great role in pioneering Australian music on the international scene. Malcolm Young and Angus Young‘s brother, George, was a central figure in different threads of Australian popular music. Young was the member of Australia’s first internationally successful rock group, the Easybeats, mentor of AC/DC, and producer of a string of pop hits during the 1970s.

Here, learn some facts about one of Australia’s premier hard rock music artists, George Young, including his family life and contribution to the Australian music industry.

One Of The Eight Young Siblings

George Young is the fifth child of William Young and his wife, Margaret Young. He joined the Young family on 6 November 1946 at 6 Skerryvore Road in the Cranhill district of Glasgow, Scotland. He had four elder siblings, Stephen Young, Margaret Horsburgh, William Young Jr., and Alex Young. Similarly, George Young was the older brother of Angus Young, Malcolm Young, and John Young. All the six brothers of George Young have contributed to the music industry, and his sister was the one who motivated them in this field.

Malcolm Young’s brother, George Young, attended Chester Hill High School for his secondary schooling. However, his high school expelled him in 1964 for having long hair. It is unclear if Young joined another high school or not after being expelled from his former school. However, it proved to be quite beneficial for him as he got to dedicate all his time to his musical career and establish himself as one of the greatest musical artists of all time.

George’s Family Moved To Australia When He Was A Teenager

Though Angus Young’s sibling, George Young, and other family members were originally based in Scotland, they moved to Australia when he was seventeen and acquired Australian citizenship. The Big Freeze of 1962-63 made them relocate to Australia in late June 1963.

Initially, George Young and his family members stayed at Villawood Immigration Detention Center in Nissen Huts. Later, they moved into a single-family duplex house at 4 Burleigh Street in the Sydney suburb of Burwood. After some months, the Young family had a separate home in Burwood.

Founding Member Of The Bands, Flash And The Pan And The Easybeats

The legendary music artist George Young is the founding member of the Australian beat pop band, which later rivaled the Beatles band, the Easybeats. He formed the Easybeats in late 1964 in collaboration with his friends, Dick Diamonde, Gordon Fleet, Harry Vanda, and Stevie Wright. Young met all four of his band members at Villawood Migrant Hostel, where he stayed for a while after migrating from Scotland. Late Malcolm Young’s sibling, George Young, and his band members rehearsed in the laundry room before having their own rehearsal hall.

Besides being a rhythm guitarist of Easybeats, George Young co-wrote nearly all of the band’s tracks. Some of the popular songs written and performed by Angus Young’s brother, George Young, include She’s So Fine, Wedding Ring, Sorry, and Friday on My Mind. His band relocated to England to record and perform. Unfortunately, it fell apart in late 1969.

After the Easybeats disbanded, George Young and his friend, Harry Vanda, created a production and songwriting duo, Vanda & Young, in 1970. They worked with and for numerous bands and record productions, including George’s brother, Alex in Grapefruit, Ted Albert at Albert Productions, and Marcus Hook Roll Band. The Vanda & Young duo also co-produced for their former bandmate Steve Wright, John Paul Young, the Angeles, and Rose Tattoo.

In mid-1976, George and Harry founded Flash and the Pan, a new wave musical group where Young worked on guitar, keyboards, and vocals while Vanda worked on guitar and keyboards. They released Hey, St. Peter, and Down Among the Dead Men. Those singles reached the local top 10 hits on the Kent Music Report Singles Chart in the late 1970s.

Producer And Mentor Of His Brothers’ Band

Besides forming his own pop bands, George Young was a producer and mentor of his brothers George and Malcolm Young’s world-known band, AC/DC. He used his studio and writing abilities to help AC/DC to achieve fame and success internationally. Young provided his younger brothers with the benefit of his years of experience in the music industry, which they listened carefully and applied in their band as well.

Besides being a constant mentor of AC/DC, George Young played bass on their first album, High Voltage. He co-produced his siblings’ other albums such as T.N.T., Dirty Deeds Done Dirt Cheap, Powerage, and Let There Be Rock. Young also handled a producer’s duties for AC/DC‘s 14th studio album, Stiff Upper Lip, in 2000, which was his last work before leaving the music industry.

After retiring from his musical career, George Young resided in Portugal with his family for some years. Later, he lived his remaining years in Singapore.

Died Some Weeks Before His Brother, Malcolm’s Death

The brother-in-law of Ellen Young, George Young, passed away on 22 October 2017 in Singapore, some weeks before the death of his brother, Malcolm Young. Many musicians shared their beautiful thoughts regarding George on social media and also sent condolences to his family. He is survived by his wife Sandra Ramsey and kid, Yvette Young.

George Young RIP What a huge loss for music. A great songwriter, producer and a great human being

The death of Malcolm Young and Angus Young’s brother, George Young, was a huge loss for the music industry. His brothers’ band, AC/DC‘s Facebook page, announced his tragic demise. The world continues to remember him as a musical legend, and he will always remain alive in his fan’s hearts through his creations.