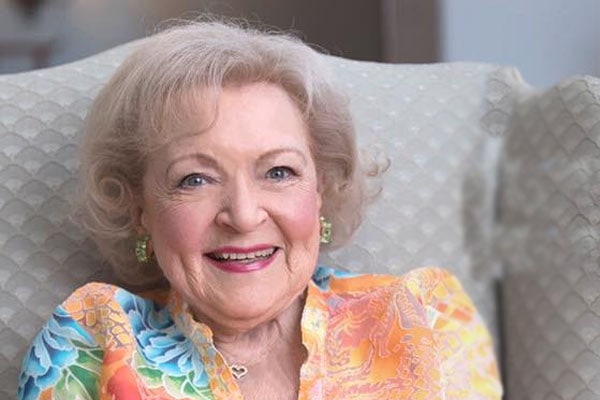 The legendary actress and comedian Betty White turned 99 years old on 17 January 2021. She holds a record for the longest tenure in the television industry. White debuted as an actress some 80 years back and entertained her fans with her charismatic performances. The forever young actress Betty said that as long as her fans request her to appear on TV, she would continue her profession. Besides being one of the Hollywood industry’s most-loved actresses, Betty White was also an author and advocate for animals’ health and welfare.

Reportedly, comedian Betty White married thrice in her lifetime. Among her three marriages, Betty divorced from her previous two husbands, while her third husband, Allen Ludden, died from stomach cancer. One of her marriages even made her feel the pleasure of motherhood. Here, know every related information about Betty White’s children and their relationship with her.

The only child of Horace Logan White and Christine Tess Cachikis, Betty White married thrice in her lifetime. Her first marriage was with US Army Air Forces aircraft pilot Dick Barker at the age of 23. They took their wedding vows in 1945. However, White’s marriage with Barker lasted only for six months. Though White and Barker’s togetherness as husband and wife was short-lived, it prepared White for her other nuptials.

Betty White gave love a second chance at the age of 27 when she met a vet and talent agent, Lane Allen. The two dated for some months before deciding to walk down the aisle together in 1947. However, just like her first wedding, Betty’s second marriage also did not last long. The then-married couple, White and Lane Allen, eventually divorced, citing irreconcilable differences in 1949.

After two failed marriages, the Emmy-winning actress Betty White stayed single for over a decade. She was beginning to think that she was not cut out for married life. But, White’s life took a turning point when she signed on to the game show Password as a guest panelist where she met TV personality, Allen Ludden.

Soon after meeting Allen Ludden in a TV show, Betty White developed a relationship with him and had a year-long courtship. During their whirlwind courtship, Ludden proposed to White several times. However, due to White’s feeling like a ‘failure’ after two unsuccessful marriages, she declined his proposals for months.

But, Ludden’s love for her melted her heart, and finally, she accepted Ludden’s proposal to get married in 1963. They enjoyed eighteen years of wedded bliss till Ludden passed away from stomach cancer in 1981. Betty White then enjoyed her life as a single woman till her death on December 31, 2021. While the death of such legend is sad, we hope that Betty has reunited with her loving husband, Allen and the two will now enjoy their togetherness in the afterlife.

The Actress’ Children From Her Multiple Marriages

Despite being married thrice, The Bold and the Beautiful star, Betty White did not have any kids of her own. However, she got the privilege to mother her third husband, Allen Ludden’s three children from his previous marriage. Betty was a stepmother to one son and two daughters of Allen from his first marriage with Margaret McGloin Ludden. Margaret departed this life two years before Betty married Allen.

As for having her biological children, Betty White revealed that it was her concern for her career that did not let her have kids of her own. Livingly magazine notes that she knew that if she had kids, they would have diverted her focus from anything she wanted to achieve. So, Betty chose not to have children, and she focused on her acting career.

The subject of children had come up in the actress’ second marriage. Her ex-husband, Lane Allen, wanted to have kids with her, but she denied being a mother as she wanted to focus on her career. The List reported that Betty never pictured herself as a homemaker. She knew that she would not be content staying home and hence, decided not to have children resulting in their divorce.

As mentioned above, Betty White did not give birth to children of her own but got the pleasure of being a doting step-mom to three kids from Allen’s first marriage. Betty White’s step-children are David Ludden, Martha Ludden, and Sarah Ludden.

Betty White’s eldest step-child, David Ludden, was a teen when White married his dad, Allen. The Closer Weekly reports that David earned his Ph.D. in 1978 from the University of Pennsylvania. David was a history professor at his alum, where he taught development studies and South Asian history till 2007. He even chaired the department of South Asian Studies for a while. Moreover, David is an author of several books like Reading Subaltern Studies, An Agrarian History of South Asia, and many more.

Betty White’s step-daughter, Martha Ludden, born in 1950, was not happy with her father’s decision to marry Betty. The Insider noted that Martha’s relationship with Allen was not good initially, and marriage with White fueled the fire. It’s a mystery if Betty and Martha ever retrieved their relationship. Currently, Martha works with people with disabilities after receiving a law degree in 1990.

Talking about Betty White’s youngest step-daughter, Sarah, she shares a great bonding with Betty since she met her. She began her career as an audiologist and dancer. However, later, Sarah pursued her career in Karate. At the moment, she runs a small karate school named Thousand Waves with her lover, Nancy Lanoue.

Hence, Betty White did not have kids of her own, but her marriage with Allen Ludden allowed her to feel the pleasure of motherhood. She never regrets not having a child of her own as she experienced its bliss from her step-children. And the Ludden siblings are undoubtedly sad about losing their beloved stepmother.