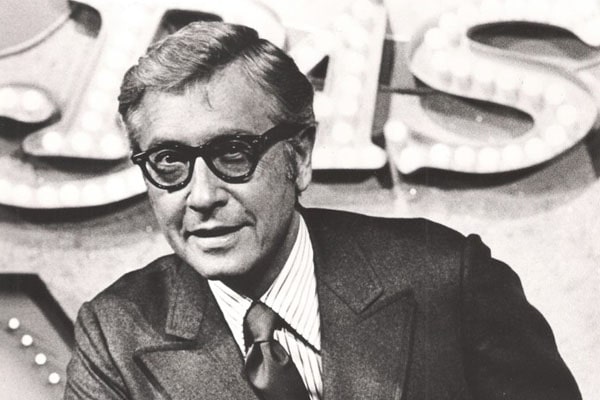 Allen Ludden was one of the leading television personalities of his time. The Mineral Point, Wisconsin-born Ludden, was a television actor, emcee, and game show host. Ludden hosted numerous game shows in his lifetime, mainly Bob Stewart‘s television game show Password from 1961 to 1980. Besides being an occasional actor, and a regular TV host, Ludden was also a talented singer. As a singer, he launched an album titled Allen Ludden Sings His Favorite Songs in 1964 on RCA Records.

The famous TV personality Allen Ludden is also famous for being the third and the last husband of the legendary actress Betty White. However, before walking down the aisle with White, Allen Ludden was in a marital relationship with Margaret McGloin. Here, know some more about Allen Ludden’s wife, Margaret McGloin, who was married to Ludden for more than a decade.

As mentioned earlier, late Allen Ludden’s marriage with Betty White was not his first marriage. Before marrying the celebrated actress Betty, Ludden was in a happily married relationship with Nueces County, Texas-born Margaret McGloin. The two took their wedding vows on 11 October 1943 before their close friends and family members.

At the time Ludden married McGloin, he was just beginning his career in the American Entertainment Industry. He was carving a career as an advisor for youth in teen magazine columns and on the radio. Talking about Allen Ludden’s wife, Margaret McGloin, it is still a mystery in what job she was involved in and how she met her love, Allen Ludden.

Unfortunately, Allen Ludden and Margaret McGloin’s togetherness as a husband and wife did not last long. Margaret passed away on 30 October 1961 at the age of 45, after eighteen years of her marriage with Ludden. Ludden married Betty White two years after his first wife’s death on 14 June 1963.

The well-known TV personality of the 1990s, Allen Ludden’s wife, Margaret McGloin, departed this life in 1961 in Manhattan, New York. According to sources, she lost her life due to cancer. However, it is not clear which type of cancer she was suffering from. Like her, Allen Ludden also died of cancer on 9 June 1981 at age 63 in Los Angeles.

Though Allen Ludden’s wife, Margaret McGloin, could not spend her life with him for long, she blessed the Ludden family with three offsprings. All three of Margaret Mcgloin’s kids were young at the time of her death.

Margaret McGloin and Allen Ludden’s togetherness as a husband-wife duo gave them eighteen years of marital bliss. Along with it, their marriage also made them proud parents to two adorable daughters and a son who chose different professions as their career.

Margaret gave birth to her first kid with Allen Ludden, David Ludden, on 15 March 1948. He was just thirteen years old when Margaret died and fifteen when his dad, Allen, brought a step-mom for him. Currently, David is a history professor and an author.

However, Sarah found motherly love from Allen Ludden’s later wife, Betty White. White helped Ludden raise all three kids of Margaret after her death. Sadly, Betty White died on December 31, 2021, leaving the world to mourn such an amazing human. Since she was such a big part of their lives, all three Ludden siblings are definitely grieving their stepmother.

As Margaret died early, it is quite difficult to dig through most of her personal and professional life. Moreover, Ludden is also no more to tell about his love life with Margaret. So, Allen Ludden’s wife, Margaret McGloin’s many facts are still a mystery.