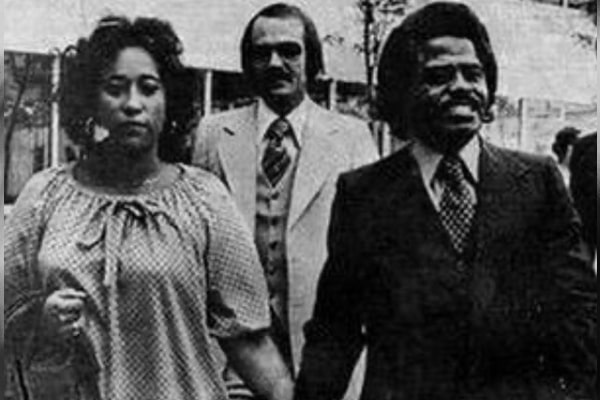 James Brown was an American singer, songwriter, dancer, and bandleader known as the funk progenitor. He made a significant contribution in the musical world throughout his career that lasted over five decades. Moreover, he was one of the first ten inductees into the Rock and Roll Hall of Fame at its inaugural in 1986.

Well, we all have witnessed James Brown’s glorious career, but we have also heard about the tales of abuse in his relationship/marriage. Moreover, the controversies surrounding his death, his third wife, Adrienne Brown‘s death, his tumultuous relationship with ex-wives, and the infamous property dispute is all over the internet.

However, we will focus on James Brown’s ex-wife, Deidre Jenkins, and her whereabouts in this article.

Aforementioned, James Brown enjoyed a glorious career span of over 50 years. Although legal issues were always a part of his career, James tremendously contributed the funk music and influenced other genres.

Alongside the glory of fame and praises, James Brown’s marital life was sad. He married four women, Deidre Jenkins being the second. Similarly, the former pair exchanged their vows on 22 October 1970 amidst friends and families. After that, they appeared in several events together.

Furthermore, James Brown’s ex-spouse, Deidre Jenkins, accompanied him in Tattletales, and the couple seemed happy. Their chemistry was uncanny, and they seemed to have known one another for several years.

Deidre Jenkins was utterly beautiful during her youth and is no less even today. Unfortunately, their wedding did not last long, and they ended up divorcing on 10 January 1981.

Before Jenkins, James was married to Velma Warren for over a decade from 1953 until 1969. The pair welcomed three children together.

A Few Soundtrack Credits In IMDb

Aforementioned, Jenkins is a private person. However, she seems appeared in a few tv shows and has a few credits for James Browns’ song, ‘Get Up Offa That Thing‘ as a writer.

Moreover, she also appeared on Tattletales alongside her husband. She also aided in James Brown’s biopic, Get on Up, as a biography consultant.

Both Jenkins’ daughters, Yamma and Deanna, upload pictures of their family and seem to be doing very well in life.

James Brown’s daughters love their father as Yamma’s Instagram name also says, ‘daughter of soul.’ However, that did not stop them from talking about the horrible experience their mom went through.

By now, we are already aware of the dark side of Deidre Jenkins’ husband, James Brown. He instituted and participated in several waves of abuse himself, which is creatively portrayed in ‘Get On Up.’

In the memoir, she reminisces the violent memories James inflicted on her as a child. In an excerpt, she remembers how the brawl began with James’s voice and her mom hitting the wall. She further recalled her 5-year-old body shiver and would hide in a closet or under beds and cry.

James Brown’s daughter with Deidra also revealed that he never laid hands on them, but she remembers thinking ‘a beating being less hurtful than the sound of her mother being a punching bag.’

Yamma and her older sister also witnessed a fatal beating, which was the last straw for Deidra. In Yamma’s memoir, she recalled asking her mother about the beatings to which Deidra confessed to deciding to leave her husband during those moments.

As of now, James Brown’s ex-wife, Deidra Jenkins, is living a secluded life, away from media approach and abuse. Although there’s not much about Jenkins’ whereabouts, she appears on her daughter’s Instagram every once in a while.

Therefore, let’s hope Deidre is living in comfort without all the horrendous pain she had to face.