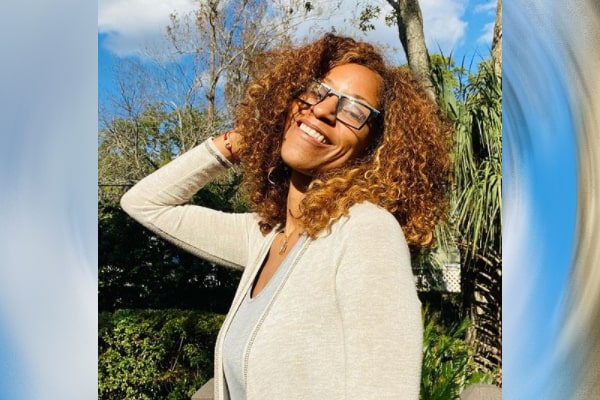 James Brown is a legendry icon who contributed a lot to the musical world during his time. He further influenced the making of other music genres and became the begetter of funk music. James made a name as a music mogul and earned one of the most controversial images.

Despite all the rumors, allegations, and assumptions, James Brown remains a prominent figure, and his name is still the most significant inheritance for his kids. While talking about children, the musician reportedly fathered twelve children. Moreover, many individuals have continued to emerge with claims of being the self-professed ‘s*x machine,’ James Brown’s offsprings. To be honest, it’s a whole other story we can talk about later.

But here, we shall focus on five facts about James Brown’s daughter, Yamma Noyola Brown Lumar, and her whereabouts.

If you do not know James Brown and his infamous persona as a domestic abuser, you must have never heard his music. Well, if you haven’t and are new to Brown’s tales, he was married to four women, Deidre ‘Deedee’ Jenkins being his second wife.

The former couple welcomed two daughters, Deanna Brown Thomas and Yamma Brown. Moreover, Yamma is the youngest one and has a bubbly personality. Well, she had a bizarre relationship with her father as a child. Imagine witnessing your father beat your mother and you shouting and begging him to stop. Perhaps, it’s unimaginable.

Although the incident inflicted tremendous misery on Yamma, she remained hopeful of her future. Furthermore, her parents, Deidre and James, divorced after nine years into tumultuous conjugal.

Additionally, James’s baby girl has grown into a beautiful woman who worked as a clinical pharmacist for several years. Brown attended the University of Maryland to study pre-pharmacy studies. Similarly, she graduated from Mercer University with Pharm. D.; Pharmaceutical Science in 1997.

According to VoyageATL, James Brown’s young child, Yamma, has been working as a clinical pharmacist for over two decades and has brought health outreach programs into the community. Late legend James Brown must be proud to see his daughter turn into such a powerful icon herself.

Aforementioned, James Brown’s daughter, Yamma Brown, is successfully shining her father’s name through her thriving career as a clinical pharmacist. Apart from her career, she also serves as the vice president of the James Brown Family Foundation.

Moreover, Yamma Brown’s sister, Deanna Brown Thomas, serves as the president of the JBFF. According to the site, Yamma Brown’s father funded the Annual James Brown Turkey and Toy Giveaways, which assisted underprivileged kids and low-income families. Thus, to keep their papa’s legacy, Yamma and Deanna established the non-profit organization after James Brown’s name in 2007.

JBFF not only shares toys and turkeys annually but also acts for charitable and educational purposes. Moreover, you can also buy souvenirs like t-shirts, water bottles, caps, etc.

Apart from running the foundation successfully with her sisters and other board members, James Brown’s babygirl is also the CEO of Daughterofsoul Productions. The radio personality hosts the show alongside Heather Hayes and Keisha Jackson on Dash radio.

While talking to Rolling Out, James Brown’s daughter revealed that Soul Sisters was the brainchild of Issac Hayes III, Heather Hayes’s brother. She further said that Issac brought them together through Heather and talked about their mutual interest in being daughters of soul singers.

One can expect to hear about current events from the show while Yamma incorporated a health segment as she has a pharmaceutical background. Moreover, she insisted on keeping her community informed. The three daughters of legendary singers take a topic, dissect and talk about it from different perspectives while relating it to music.

Besides running a radio show and serving as the VP of her family foundation, Yamma Brown also runs a luxury brand named The Yamma Brown Essentials Company. She started the skincare line with her daughter, Sydney Lumar. Her YB Essentials’ website further claims that the company values quality and affordability. Some of the items from her company are listed below:

While closely monitoring all the ventures, Yamma Brown’s net worth at the moment must be substantial. Having listed as one of nine inheritors of James Brown’s net worth of $100 million, she must be adding multiple zeros in her accounts every day.

James Brown’s daughter, Yamma Brown, is more than just a pretty face and a celebrity child. She earns her own living as a clinical pharmacist, continues to keep his legacy through JBFF. Although Yamma is trying to keep her father’s estate, she did not shy away from sharing her father’s dark side through her book.

In her book named Cold Sweat, Yamma Brown revealed the tumultuous relationship between her parents. In an excerpt of her book, she lays all the details of James’ monstrous rage and how her mother would silently take the beatings.

Furthermore, Yamma also witnessed the beatings and saw her father’s brutality firsthand. Moreover, she writes about seeing her mother in her blue and white robe punched as if she were a punching bag. Yamma further writes about her attempt to stop her father from being the monster he was at that moment. Yamma revealed that was the exact moment her mother, Deidre, decided to leave her father.

Was In An Abusive Relationship With Darren Lumar

Aforementioned, Yamma Brown’s parents were in a tumultuous and abusive marriage, which had a massive impact on her. In her memoir, Cold Sweat, she revealed that her parents’ relationship shaped her to accept abuses in a relationship.

She also wrote about how she recognized a pattern in her relationship with her late husband, Darren Lumar, who was murdered in 2008.

Yamma Brown and Darren Lumar first met when she was still working clinical rotations at DeKalb Medical Center in Atlanta. She was the resident pharmacist on the medical team caring for Lumar’s stepfather. Yamma vividly remembers that Darren was a noticeable man, tall, charismatic, and smart.

Yamma Brown’s ex-husband, Darren Lumar, graduated from Loyola University in New Orleans. The ex-couple went on their first date in 1998. She did not disclose about her father months into the relationship, and when she did, Yamma remembers her then-to-be husband did not react much.

The relationship between the two moved very fast, and within two months, Darren had asked Yamma’s hand with James Brown. A month later, they were engaged, and Yamma noticed red flags like jealousy in their relationship. She first received a kick from her husband in a heated argument outside their apartment. He had eventually apologized for his action, and she believed him.

There were many vague promises about ‘never forgetting her honor or laying hands on her.’ Still, it took her a decade and be in the same place her mother was in when she was 5, the cold hard floor with her head pounding and the punched face to realize that her marriage with Darren was over.

They further welcomed two kids together, Sydney Lumar and son Carrington Lumar. Their divorce and custody battle was brutal as both waited for the criminal charges Yamma would face for allegedly stabbing her estranged husband the day before James Brown’s burial.

The Fulton County Superior Court Judge Gail Tusan reached a temporary agreement of giving them equal time with the children. Moreover, James Brown’s son-in-law, Darren Lumar, further claimed that he did not like the media and was grateful for their children’s safety. There were no proceedings for the stabbing attack that led Lumar to hospital for 12 stitches in his arm.

In response to the allegations, Yamma Brown’s attorney claimed that his client was defending herself from an abusive spouse. Moreover, Yamma Brown’s criminal lawyer, Renne Rockwell, further revealed that she was abused by her spouse for several years and said if Darren were to get the custody of their kids, he’d be in line for James Brown’s inheritance.

Seeing how a lovely couple at a time turn into abusers of one another is heartbreaking. But that goes to their kids as well. After Darren Lumar’s death, Yamma seems to have remarried and is thankful for her new life. Although Yamma shares very few details about her life on social media, she does share pictures with her parents and her appearances during events.

Despite sharing less about her personal life today, we can see Yamma Brown the happiest she’s ever been. Therefore, let’s hope we hear more of her success stories in the coming days.