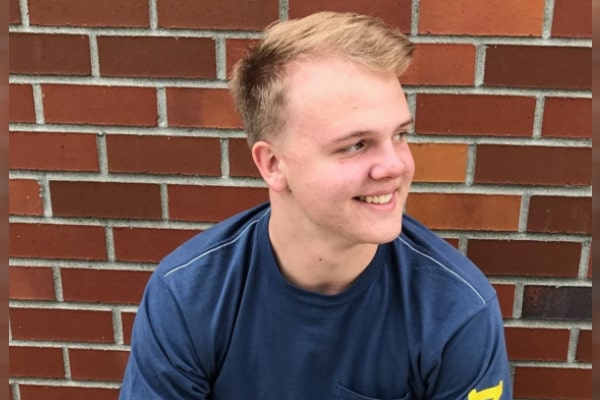 Former CEO of Microsoft and the current proprietor of LA Clippers, Steve Ballmer, has accomplished so much in his lifetime. Furthermore, the billionaire businessman and investor Ballmer’s net worth is estimated at $74.3 billion, but his most precious wealth is his family.

Steve Ballmer built a beautiful family of five with his wonderful wife, Connie Snyder Ballmer. The couple has been married since 1990 and is still smitten by one another. Moreover, they also welcomed three beautiful sons; Sam Ballmer, Peter Ballmer, and Aaron Ballmer. Here we shall tail the youngest of all, Steve Ballmer’s son, Aaron Ballmer. Behold, the sweetest Ballmer in the family.

Interestingly, amongst the three children, Aaron is the only kid in the family who is into sports and decided to pursue a career in it. His older siblings, Sam Ballmer, graduated in Cognitive science, while Peter Ballmer holds a degree in computer science.

Born to Steve Ballmer and his long-time partner, Connie Snyder Ballmer, one had to inherit his father’s gene, who previously worked as a manager for the Harvard Crimson football team. As of now, Steve Ballmer’s son just graduated from high school and looking forward to a great future.

Besides having interests in games, Aaron is also a massive fan of action sports like sky-diving. In a YouTube video uploaded in 2017, he looked pretty excited about the adventurous sport and enjoyed the beautiful view.

Graduated From Lakeside In 2017; A Private College Life?

Aforementioned, Steve Ballmer’s son, Aaron Ballmer, is the only child who is into sports in the Ballmer family. He graduated from Lakeside High School in 2017.

Regrettably, Aaron decided to keep his college a secret, and thus, we have no information about what he is doing right now. However, he did update his Facebook profile in 2018, sitting on a throne-like bench labeled ‘Theta Xi Presents: Crush 2018.’ This indicates that Steve Ballmer’s youngest kid maybe is a part of his university fraternity.

Moreover, Aaron has always been pretty active in sports. Therefore, it mightn’t be a surprise if he chooses to study sports management. However, he hasn’t spoken or updated his Facebook since 2018, so we can only wait on him to announce his major.

Although we do not know much about Steve Ballmer’s son, Aaron’s career choices, he comes from a hardworking family. So, we might see him grinding hard in both studies and later in his career.  Therefore, he also understands much of his responsibilities in keeping himself on track and moving on with sheer dedication.

As per his personal life, Aaron is pretty protective and doesn’t share much. The last update of his profile picture was in 2018. Also, he is young and yet to discover more about the dynamics of life. Therefore, the most we can do is wait on Aaron to announce his life events himself. Until then, you can update us on his whereabouts in the comments below.

The name Aaron means Exalted and strong and has Hebrew origin.