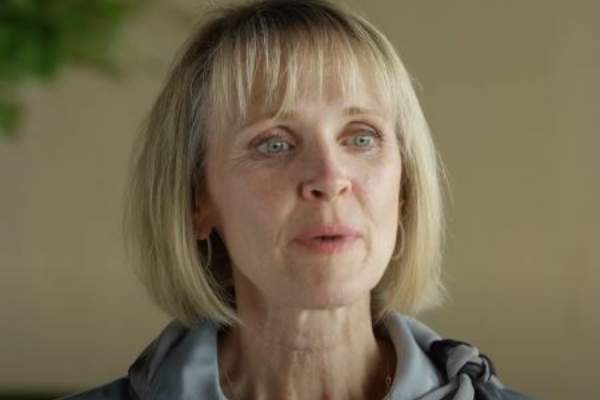 Steve Ballmer and Connie Ballmer have been married since 1990. Image Source: Social Media.

For Steve Ballmer, his success is not only because of his hard work but also due to his loving and supportive family. Talking of which, he is the patriarch of a family of five. The business magnate and investor has been happily married to Connie Snyder, and it has been a long and fun ride for the couple.

Over the years, the duo has continued enjoying their marital bliss and even welcomed three kids. With the popularity that he gained, many are curious to know about Steve’s partner. Therefore, without further ado, take a look at this article about Steve Ballmer’s wife, which includes seven interesting facts about her.

Is A Native Of Oregon

As per Fabwags, Connie was born Connie E. Snyder on September 01, 1962. She was welcomed by Marilyn G. Snyder and Phil Snyder and is one of the five children of the duo. Steve Ballmer’s spouse grew up in Oregon with her sister, Marci Snyder Petrick, and her brothers, Gary Snyder, Craig Snyder, and Bruce Snyder.

After marrying in 1944, Connie Snyder’s parents left Nebraska in 1957 and settled in Oregon City’s Willamette Valley, where she and her siblings grew up having a splendid time. They had a farm that was surrounded by cows and turkeys. Unfortunately, Connie’s parents and brother Bruce have already passed away.

Met Her Spouse At Work

As mentioned earlier, Connie is Steve Ballmer’s wife. The duo has been married since 1990. Furthermore, the couple met while both were working at Microsoft in the 1980s. Ever since they tied the knot, the married couple has been living a blissful life.

Furthermore, the lovebirds are not only together in personal life, but their courtship has resulted in the formation of several organizations. Over the years, the husband and wife have been involved in a number of philanthropic activities. We will further be discussing about their efforts in the coming paragraphs.

Connie Has A Degree In Journalism

Growing up, Steve’s spouse focused on her studies and went on to make a career for herself. While it is not known which high school she attended, Connie went to the University of Oregon. She graduated in 1984 with a degree in Bachelor of Science in journalism.

However, Connie chose a different career line i.e., public relations and marketing for the technology sector. She made a start in her professional career by working in both the Bellevue and Portland offices of Waggener Edstrom Public Relations. The company serves as the highest tech sector.

Steve Ballmer’s Wife Is A Proud Mother Of Three Children

It has been over three decades since the Ballmer couple walked down the aisle. As mentioned earlier, the couple is proud parents of three kids. Sam Ballmer is the eldest son of the couple, and after him, they welcomed their middle son, Peter Ballmer, aka Pete Ballmer, and later their youngest son Aaron Ballmer.

All three of Steve Ballmer’s children went to Lakeside School. Sam earned a degree in cognitive science from the University of Southern California. Connie Snyder’s son got married to Bryanna Leigh in May 2021.

Likewise, the couple’s middle child, Peter, went to Stanford University and earned a computer science degree. He is working in the tech world as the senior product manager at Zynga. He also uploads stand-up comedy videos and podcast snippets on his Instagram.

Among Connie Snyder’s children with Steve, her youngest son, Aaron, is the only one interested in sports. Well, while at high school, he played basketball. After graduating, he enrolled at the University of Michigan and graduated in May 2021. Aaron, who earned a Bachelor of Science in Computer Science, currently works as a Software Consultant at PYYNE Digital.

Founded A Charitable Organization With Her Husband

As mentioned earlier, Steve and his spouse have been involved in a number of charity works over the years. In 2015, the Ballmer duo founded Ballmer Group, an organization committed to making changes and improving economic mobility and opportunity for kids and families in the United States.

Since its inception, the firm has focused and made impacts on several areas, including early childhood and families, child welfare, housing & homelessness, college & career, climate, and many others. It provides funds to leaders and organizations to reshape different opportunities and increase economic mobility in the nation.

As the co-founder of the organization, Steve Ballmer’s spouse has touched the lives of many. Her ever longing philanthropic focus has worked on the well-being of kids, mainly those in the foster care system.

Other than that, Connie Ballmer is also a general partner and founding investor at Blue Meridian Partners. She also serves on the boards of the Los Angeles Clippers Foundation and StriveTogether.

Has Made Several Donations For Noble Causes

As stated earlier, Steve Ballmer’s other half has a philanthropic nature. Because of that, the husband and wife have made several donations which have helped many people. Did you know Connie Snyder’s husband initially rejected helping her in some of her philanthropic activities?

In November 2018, Mr. and Mrs. Ballmer donated $16 million, which later was shared among 18 nonprofits based in the Detroit area. The couple announced the grants through the Ballmer Group with a focus on assisting kids and families get rid of poverty. It was received by City year Detroit, Planned Parenthood of Michigan, Detroit Children’s Fund, Michigan League for Public Policy, United Way of Southeastern Michigan, and Detroit Employment Solutions Corp.

In March 2020, Steve Ballmer’s wife donated $1 million to local groups in L.A., along with him, to help ease the effects of COVID-19 on the community. Prior to that, the couple had also pledged $3 million to a grant in Seattle to assist those affected by the virus. As an aid to the virus relief, they reportedly pledged over $25 million, which went to Seattle, Michigan, and Los Angeles.

Most of the donations that Connie and her hubby did, were through their organization. For instance, in March 2021, it made a commitment worth $38 million, addressing the shortage of mental health professionals in Seattle in coordination with the University of Washington School of Social Work. Moreover, in March 2022, the pair donated $425 million to launch the Ballmer Institute for Children’s Behavioral Health at the University of Oregon.

Tune in now to learn more about the launch of The Ballmer Institute for Children’s Behavioral Health at the University of Oregon, a multidisciplinary, collaborative effort funded by a gift of more than $425 million from Connie and Steve Ballmer. https://t.co/72tFun2QlL 1/2 pic.twitter.com/jrloNVfeNe

Additionally, the couple has also made donations to Black-Led Venture Capital and Private Equity. All in all, let’s hope Connie and her partner continue the good deeds. She has also received several awards and recognition for her works.

Connie Has Been Awarded Several Times

Steve Ballmer’s spouse was inducted into the UO School of Journalism and Communication’s Hall of Achievement for her contributions to several causes. Likewise, her alma mater also awarded her the University of Oregon’s Pioneer Award the same year.

All in all, Steve Ballmer’s other half seems to be doing well. She must be living a content life with her spouse and kids in Bellevue, Washington. Hopefully, she will continue enjoying the best life and achieves more success in the coming days. We wish her sound health and abundant bliss.