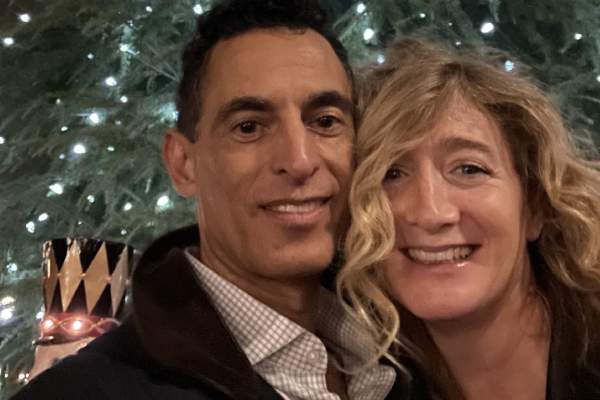 In the jockey world, John Velazquez is a renowned name. Born John R. Velazquez, he is a jockey from Puerto Rico. Although he started his professional career in his birth country, he only rose to prominence after he came to the USA and began participating in several horse racing events. Furthermore, he was also inducted into the Horse Racing Hall of Fame in 2012.

Besides his successful career, John also leads a loving family of four. He is happily married to Leona O’Brien, and it must have been a fun-filled journey for the couple. So, how did it start for the duo, and what is the reason behind their long-lasting bond? Let’s find out in this article about John Velazquez’s wife.

As mentioned earlier, the popular jockey is enjoying marital bliss with Leona O’Brien. The couple met in the early 1990s. John Velazquez’s spouse, Leona Velazquez, hails from a horse-riding family, and she used to visit her dad’s races. Furthermore, it was through her association with the industry that the duo found one another. The jockey first laid eyes on Leona at Belmont Park.

His accomplishments set him above the rest. If you know Johnny, I think, everyone can agree he is the GOAT. But more importantly he is an incredible person along with Leona. We are lucky to call them friends. We love you Johnny and Leona. @JulienLeparoux @ljlmvel pic.twitter.com/bzhVciJENq

It was love at first sight for Velazquez. He asked Mike Smith about her, and the latter said he would be his agent and get him a date. Soon after, the couple started dating, and in 1994, the lovebirds tied the knot. Their wedding reception was held in Garden City, and they invited close to 200 guests.

In addition, fifty of their guest flew from Ireland and twenty-five from Puerto Rico. In one interview, Leona O’Brien’s husband revealed that their wedding was a grand gathering of the families, and it was terrific. Addressing the cultural differences, he added that it has not created any barriers. Of course, there is a language difference, but besides that, they all are people, said the jockey.

The years that followed for the Velazquez couple have been filled full of happiness and bliss. There might have been low phases, but the duo never left each other’s side.

It has already been almost three decades since the duo decided to tie the knot. In all these years of being happily married, the pair have welcomed two kids. John Velazquez’s wife gave birth to their daughter, Lerina Velazquez, first then welcomed their son, Michael Velazquez. The family of four resides in New York.

John Velazquez’s daughter went to Sacred Heart Academy and after completing high school, she enrolled at New York University. Furthermore, the father and daughter seem to have a good bond. He often shares several pictures with her on social media.

On the other hand, Leona O’Brien’s son attended St. Anne’s School in Garden City. The kids are supportive of their dad and often attends his races. The family of four must be doing well, and we wish them better days ahead.

John Velazquez’s Wife Has A Degree In Public Relations

Leona attended Mount Saint Mary College, and from there, she earned a degree in Public Relations and Media Communications. She has a minor in Theater and graduated in 1994, the same year she married John. Furthermore, the gorgeous lady started her career at The New York Racing Association as manager of the Press Box for the Aqueduct Race Track, Saratoga Race Course, and Belmont Park.

In addition, Mrs. Velazquez also worked as a staff writer and the associate producer of the Inside Racing Show and a news anchor for the Race Day Show. Likewise, she also wrote for Gulfstream Park Race Track. She has used her degree to give back to the community, and the husband and wife have received several awards and recognition for their good deeds.

For instance, the couple gave a spectacular performance during the Permanently Disabled Jockeys’ Fundraising party in July 2019. The duo opened the show with “Everybody’s Working For The Weekend” by Loverboy and took home the “Judges’ Award” for the best performance. Likewise, the love doves also won the “People’s Choice Award.”

John Velazquez’s partner is also a supporter of Anna House – Belmont Child Care Association, which is located on the Belmont Park race track ground. In September 2010, they were honored for their contributions to Anna House.

Grew Up In A Horse Racing Family

As mentioned earlier, John Velazquez’s wife hails from a horse racing family. She is one of the two children of Leo O’Brien and Joan O’Brien. She grew up with her brother, Keith O’Brien. Unfortunately, Leona O’Brien’s mother passed away in February 2022 after a two-year battle with cancer.

Leona O’Brien’s father is a retired thoroughbred trainer. He was a successful steeplechase jockey, but after an accident, he shifted to a new career as a trainer. Growing up in a racing household, she understood what being a jockey’s wife would be like.

Overall, Leona supports her husband in every stage of his professional career and personal life. She is also taking care of their kids and is a doting mother. We hope she continues doing good deeds alongside her hubby. We wish her ecstatic days ahead.